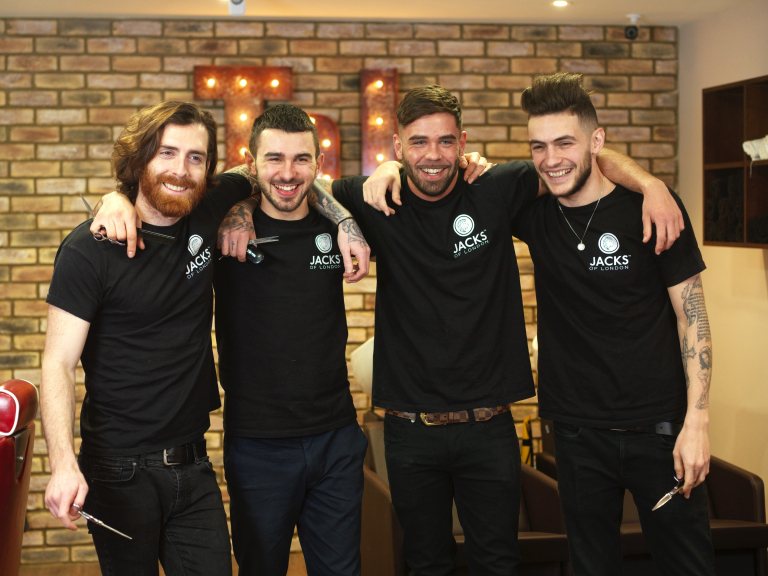 Top local barber Jacks of London has done it again, shouldering the competition out of the way to reach the final of not just one, but two categories in Britain’s most prestigious hair industry award, the HJ British Hairdressing Business Awards 2018

Last year, Jacks won Male Grooming Salon, so the guys are determined to retain their crown. It’s the 12th awards in which Jacks has been finalised this year alone, making this troop of highly talented barbers the most successful in the country.

Commenting on the result, Jayne Lewis-Orr, executive director of the HJ British Hairdressing Business Awards, said: ‘To be named as a double finalist highlights how exceptional this salon is. With hundreds of entries for each category and a panel of judges that excel at looking for the finer details, just to make the shortlist is an outstanding achievement. We wish them all the very best of luck for the awards night, which promises to be a spectacular evening for all.’

HJ’s British Hairdressing Business Awards promote professionalism, innovation and excellence, while recognising those individuals and teams who work tirelessly to raise the profile of the hairdressing industry. Currently more than 287,000 people work within hairdressing, barbering and beauty**, contributing over £7bn to the UK economy each year.

‘We have spent the past 20 years building our brand to guarantee our clients the best service possible, and that includes recruiting, continually training and rewarding the best barbers in town,’ said Sue Whitehead, founder and MD of Jacks of London. ‘We’re delighted to be named as a finalist not just once, but twice, in the British Hairdressing British Awards. It shows the talent and the tremendous hard work everyone at the salon has put in over the past 12 months, and we’re indebted to them for making 2018 such a fantastic year. We’re so excited and cannot wait until the awards ceremony in September.’

Founded in 1994, Jacks celebrated its 21th birthday in 2016, making it one of the original gentlemen barber groups to bring fashion-starved, salon-shy gents a perfect balance of traditional and contemporary. Replete with huge comfy sofas and live sports coverage, Jacks’ shops have been the place to hang out on Saturday, or any other time, for two generations.