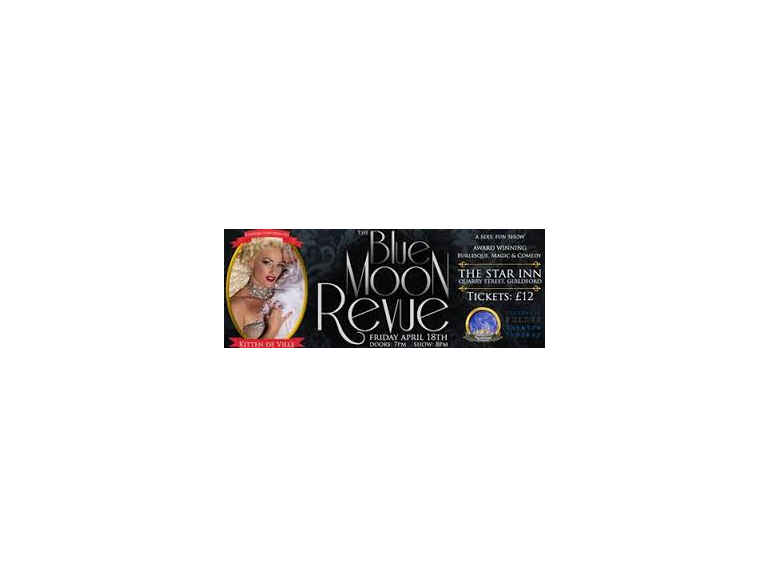 This April, the Guildford Fringe Theatre Company brings you a very special night of beauty and burlesque from one of the genre’s top performers. Kitten de Ville will be performing in the Blue Moon Revue at the Star Inn on Quarry Street at 8pm on 18 April.

Known as ‘The Embodiment of Burlesque’, California-born Kitten de Ville performs across on both sides of the Atlantic, where she headlines with a variety of top musicians and performers from around the globe. She is seen by many as an originator of the New Burlesque movement which began in both Britain and America in the 1990s.

The Blue Moon Review, led by the enchanting Isabelle l’Amour, sold out its February performances so if you missed it then – or are dying to go again – here’s a second chance!

Back room of the Star Inn