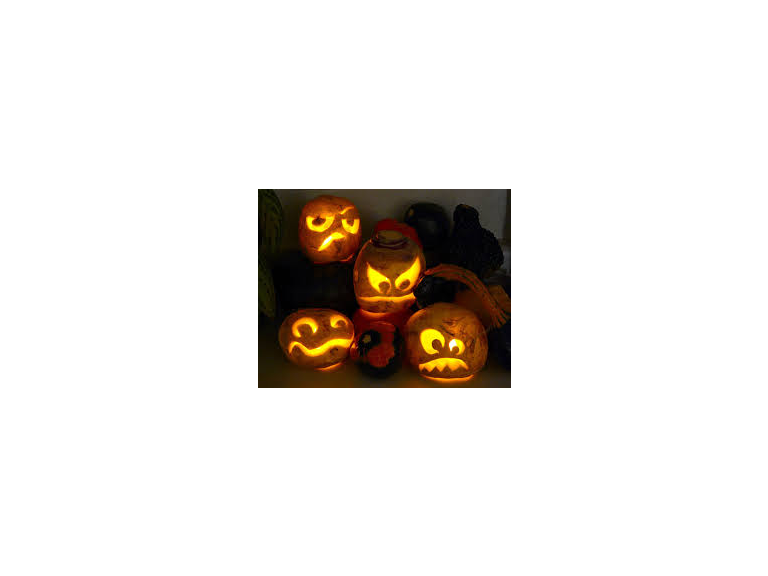 Hallowe’en is loads of fun but it is a bit strange too. Its origins are a little confusing but the fact that it still exists suggests that there’s curiosity in us all about the hidden world of the dead, an idea that comes from Celtic Paganism. The Pagan new year was celebrated from sunset on 31 October and the knees-up was known as Samhain. In this changeover of the seasons and of the year, it was thought that the doors between the worlds of the living and the dead were opened – there you have the origin of dressing up as ghosts.

Then along came Christianity. The early Christians had an uphill struggle to win the Pagans over but the most successful method seemed to be to meet them halfway, celebrating the two religions together whenever they could. We all know that Christmas is celebrated at the same time as Celtic Yule and the Roman Saturnalia, for example, so why not celebrate All Saints' Day (All Hallows' Day) on the first day of the new Pagan year? That makes the night before All Hallows Eve, or Hallowe’en. And being extra naughty the night before you have to be extra saintly seems entirely fitting!

Another tradition is carving lanterns.  Carved vegetable lanterns seem to have their origins in Ireland where they were traditionally made out of turnips. They’re called Jack O’Lanterns, the Irish name the phenomenon “ignis fatuus” or “fool’s fire” which is a ghostly light seen in the woods at night. The connections with Hallowe’en are sketchy but one suggestion is that the lanterns represent tortured souls in Purgatory – very apt for the night before All Saints Day. Celtic Pagans might say the dead are beckoning. Either way, you don’t really want to get pulled into the Otherworld/Purgatory/the afterlife just yet so you’d better put up some lanterns to ward off any evil!

In North America, pumpkins are used instead of turnips to make lanterns. While less traditional, pumpkins look great and you can see why they’ve caught on in the UK too. Here’s a great tip to make your pumpkin lantern last longer: after you’ve carved it, dip it in a solution of 1tsp bleach and 4.5l water and put it upside down to dry. Once it’s dry, mix 2tbsp of vinegar with 1tsp lemon juice and paint the solution on.