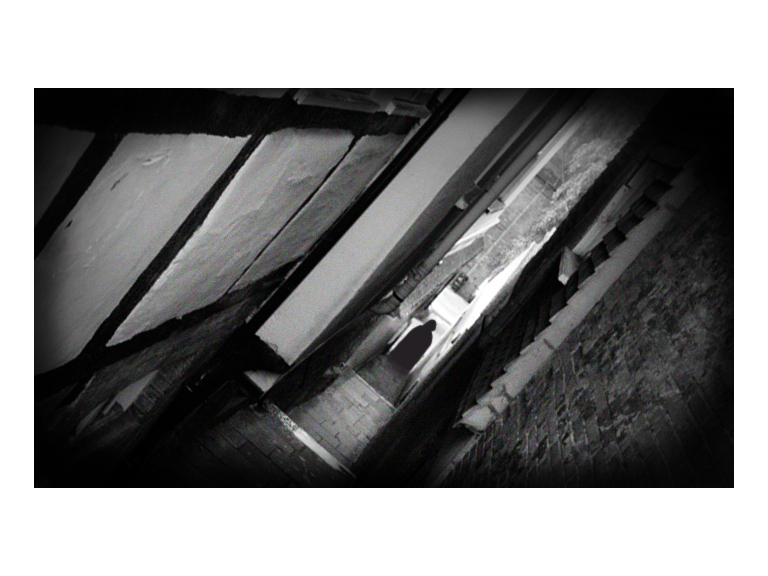 As Halloween approaches, I thought it a fitting subject to write about tea’s brief history, in particular, where we all started. You see, Creativitiea’s first design studio - as legend had it - was haunted.

Tea’s first home was located in the same street as its second, Quarry Street, but the building itself was a quaint little building by Rosemary Alley, no. 8 to be precise. Tea had taken a small room at the back when its two founders employed their first employee, yours truly, and one room was all we needed. We shared the building with its owner, Edmund, and his other business interests. The building was an old Tudor home, with no straight walls and awkward rooms, but it had great character, and was a great place to work.

Once we had settled in, we began talking with Viv, Edmund’s assistant, with whom we had become very friendly with, and mentioned our fondness for the building. That was the first time we were told of the buildings special “guests”.

Although none of us explicitly believed in the stories, we all kept an eye out. When the sun went down and we were left behind doing lates, we all thought the same thing; maybe we’re not alone. Journeys outside the small studio room into the dark, creaking house needed to be important; teas made in the kitchenette down the corridor would become less frequent; toilet breaks would be made when absolutely necessary.

On one such occasion Lloyd, having stayed behind one night, had been getting ready to leave. He turned off all the lights and closed all the doors, then made his way downstairs when he heard a huge crash inside the locked studio: the sound of one of our bookshelves being knocked over. Terrified, he locked the front door and left the building as quickly as he could. Walking away, he looked back to see the light in the attic had been switched on, even though no one had been up there all day. Not feeling adventurous, he carried on his way. The next day the studio had been as it was left before, with no evidence of any crash, and all the lights were off.

I too can personally attest to an “incident” in the house; I was on my own in the studio, working really, really hard (the bosses read this). I went over to the bookcase for some reference material, when I heard a knock on the door. The bookcase was next to the entrance, and I was close enough to the door to open it by just reaching, but when I did I saw only an empty corridor. A door on the right leading into an adjoining room would be the only place for someone to duck into if they were trying to pull a prank, but suspecting that, that was the first place I checked. Regardless, due to the age of the building, floorboards always alerted you to someone’s approach. I heard nothing, and I saw no one.

Before you write those incidents off as individual accounts of misplaced paranoia or fear, there was an incident that occurred to two team members at the same time. Again, an abundance of work meant a late, and as the night came, the thoughts you were able to ignore during the day began to creep in. As Lloyd and I carried on with our work, the sound of knocking filled the room. The sound was assured, solid, knuckle on wood, over and over again. Being in each other’s company had given us enough stiff upper lip not to be completely terrified, if not quite enough to be brave. When we summoned enough courage to check the door, nobody was there. Lloyd and I both knew the truth, though we were the only people in the building, we were not alone.

When I mentioned the knocking incidents to Viv, her eyes widened. Obviously a believer, she went on to explain there weren’t just one “guest”, but four. The first was the master of the house, a man who would pace around his main room. The second ghost was that of the master’s dog. The third guest, the one that I had the most “contact” with, was of a little boy who had died in the house. He enjoyed playing Knock Down Ginger; an old game that involved knocking on doors before running away before it was answered. The fourth ghost, a lady in white, and the one many consider the oldest, was of an old woman who was seen on the second floor, the floor that housed Creativitea.

I’m not sure if I truly believe in ghosts, and everything that went on could be explained in a rational manner, but if you consider yourself open minded, which I like to think I am, then its not a case of yes or no, but maybe. There were times that you felt uncomfortable, like you were being watched; was it paranoia, or something more? The feeling was certainly there, in any case. There are things that can’t be explained. The world is a more interesting place with Bigfoot in it.

Are ghosts real? My logical - but I hope open - mind says…maybe. And with that, have a happy Halloween!

I'm the Managing director of Creativitea™ in Guildford. I am passionate about branding and how brands work across a multitude of channels from print to digital.