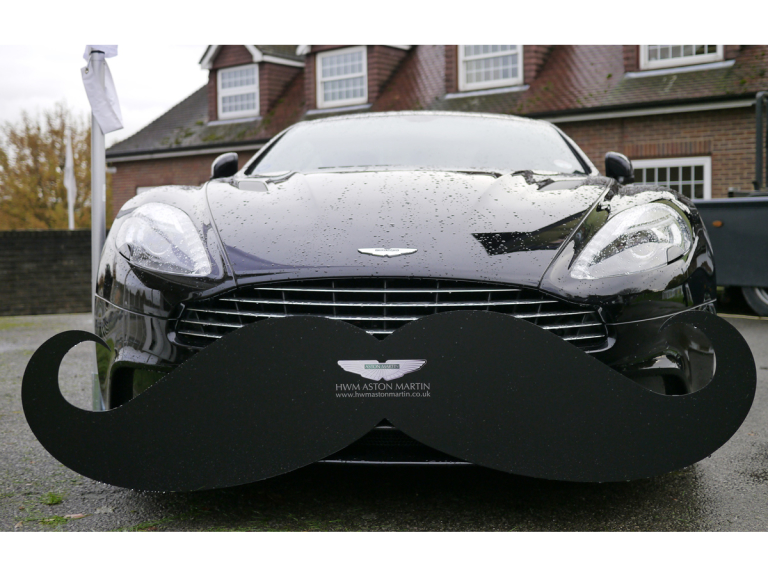 It was a day for the Gents at Sandown Park Racecourse on Saturday 9th November, when the ever-popular Gentlemen’s Day, in association with Movember, opened the start of the jumps season providing a chance to see some of the potential stars of the future in action as they got their seasonal campaigns off to a winning start.

Suave and sophisticated gentlemen arrived at the course with groups of friends to enjoy the Male Grooming Stable, where there were complimentary wet shaves and moustache trims, to smarten up their ‘mos’ for those fundraising for Movember.

Competition on the course was supported by another competition off it, in the form of the Best Dressed Gentleman competition.  The winner on the day was the very smartly dressed Barry Copson from Leicester who is part of the Handlebar (Moustache) Club and was present on the day supporting Movember.  His prize was a trip for 4 people to visit the Aston Martin factory in Warwickshire, which included a buffet lunch, a guided tour of the factory where you can follow the life of the Aston Martin from 1913 until present day and see some of the cars used in James Bond movies plus a T.M.Lewin suit and shirt with two runners-up also each receiving a T.M.Lewin shirt.

Movember were very much part of the day, and a Mo Bro Derby took place on the course where nine Movember supporters raced up the track for a ½ furlong race – those racing had to pass the strict race entry requirement of sporting freshly grown moustaches – no stick ons allowed! The racecourse offered £5 off entry to men supporting a moustache who were fundraising for the men’s health charity.

I'm 18 and work for TheBestOf Guildford on an apprenticeship scheme!

My job title is IT Media Apprentice, but the role is a lot more varied than that! So if you have any queries or requests,...