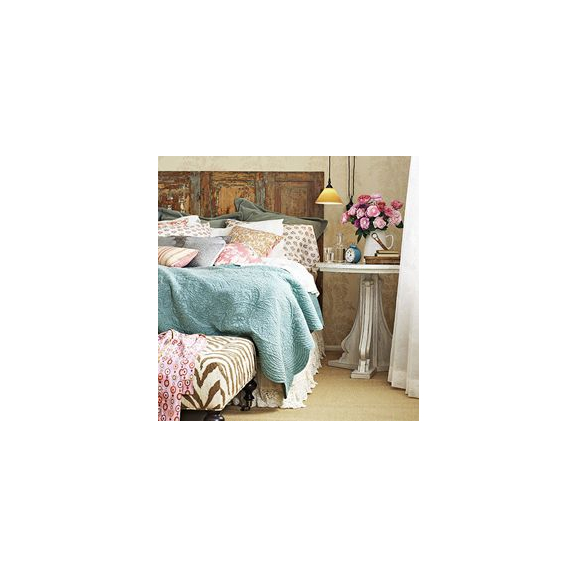 Predicting the future in today’s fast-paced world is notoriously difficult, after all this time last year no-one had heard of ISIS, Ukraine was just another East European country, and it was the Greek economy that was making the news rather than the Russian.

However it’s safe to say interior design and style trends move rather more slowly, and we can see hints of where things are going from the glossy magazines and the even glossier international design fairs where style “leaders” showcase their wares. Let’s see what’s on the cards for next year…

Elle Décor try to tell us which Pantone colours will be the on-trend ones for 2015, but then select a mere 70 colours which takes hedging your bets to a whole new level.

Country Living quote BEHR's Color Trend Report which “predicts the colours that will be gracing the walls of homes across the country next year”. They have narrowed it down to 20 colours in four schemes called Nuanced Neutrals (weathered, rustic colours), Frosted Pastels, Deep Dreams and Social Brights – “energetic, eye-popping colours”. Predictably the response on Facebook has been mixed, which simply reinforces what everyone knows – style is individual and trends are there to be ignored.

Other commentators are being more specific in their predictions for 2015. Stylish furniture company BoConcept are suggesting blue is the new black, and by blue they mean a deep, dark blue that is close to black. They also see a trend for metallics, both actual metals used for lamps and fittings, and the use of metallic fabrics and paints.

Influential design blog Houzz have some predictions for kitchens in 2015, including the use of wallpaper to add visual impact into a room which has become the heart of the house, not just a food prep area. They also suggest wallpaper will be used “in unexpected ways and spaces, such as on ceilings, to create striking features”. Well I’m looking forward to seeing my first wallpapered ceiling in an interiors magazine next year!

Houzz’s designers also pick up on the use of metallics in all rooms of the house; apparently warm metals like copper and bronze were seen a lot at trend-settingParisdesign fairs, meaning we’ll no doubt be seeing them in shops and homes next year.

When it comes to bathrooms, the National Kitchen and Bath Association surveyed more than 400 designers and found they were leaning towards cleaner lines and a more minimalist style in 2015. Plain white is out, shades of grey for both paint and tiles are in. They also predict a rise in the sale of free-standing baths as people indulge their love of a long, hot soak in preference to the quick and functional shower.

Good Housekeeping asked ever-smiley Carol Smillie off the telly for her predictions, which included “bright, clashing colours” for brave people (flashbacks to Changing Rooms perhaps) and “earthy tones” for the rest of us. Other suggestions are faux fur popping up in cushions and throws, and glass floor tiles in both clear styles and bright colours… yeah baby, that’s one 1970s fashion revival we can really get behind!

Whatever style you go for remember it’s your house and despite the trends and the magazines there are no rules – style your home for you and your family, no-one else.

And if you need ideas for your decor come and see us at Interior Inspirations; we’ve got paints, wallpaper, ornaments and furniture you’ll love - in 2015 and beyond.

Buy your Christmas Tree in Fleet in a COVID secure environment
Sign up for offers
Sign up for what's on guide
Popular Categories
By clicking 'ACCEPT', you agree to the storing of cookies on your device to enhance site navigation, analyse site usage, and assist in our marketing efforts.
For more information on how we use cookies, please see our Cookie Policy.