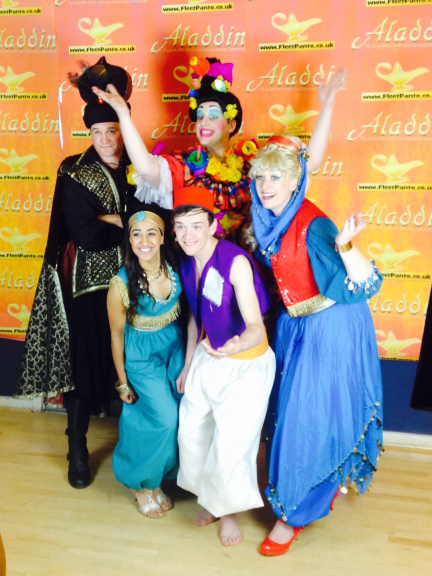 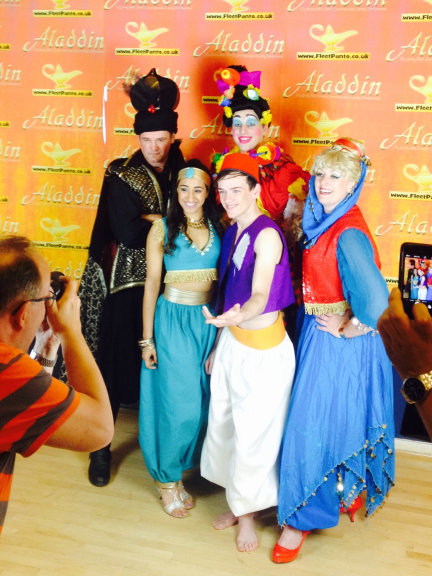 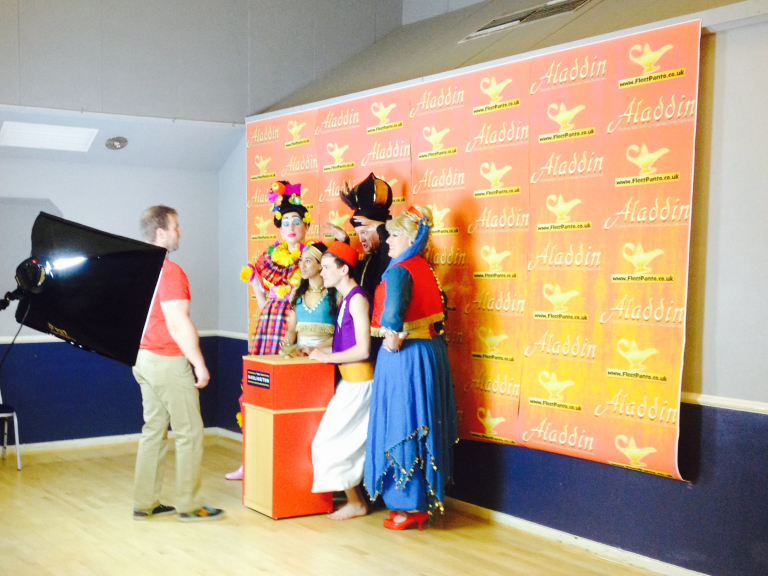 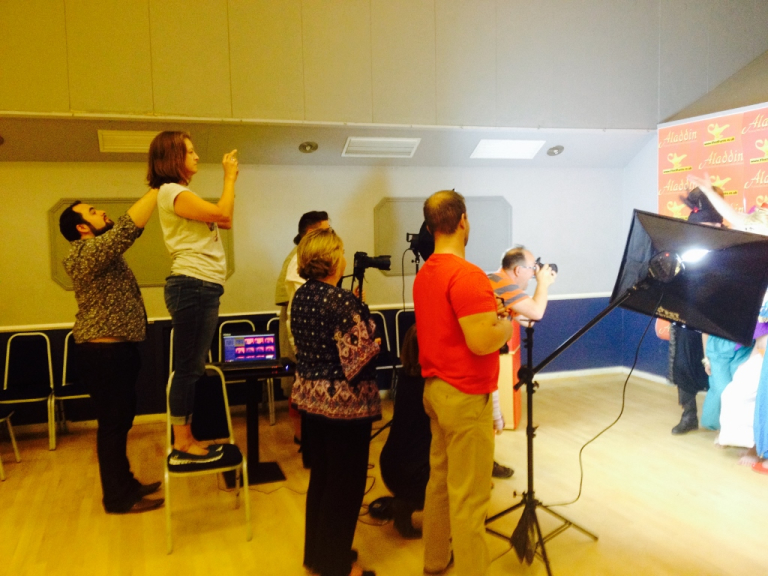 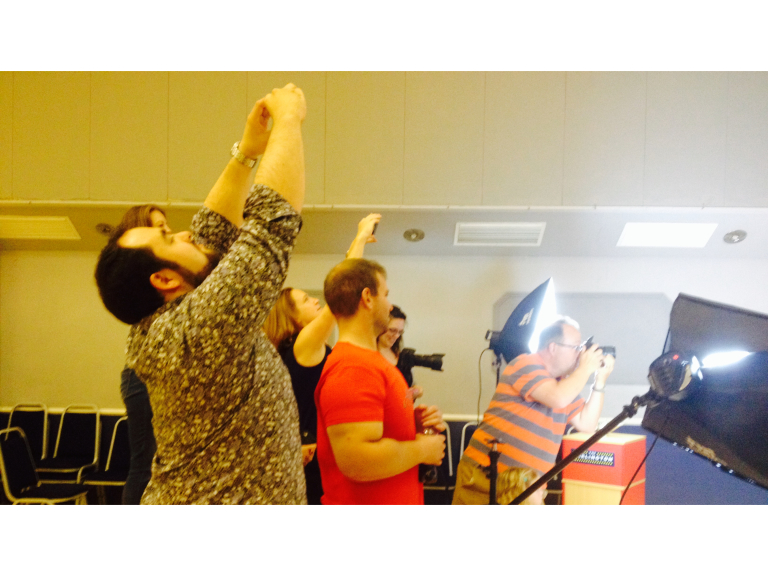 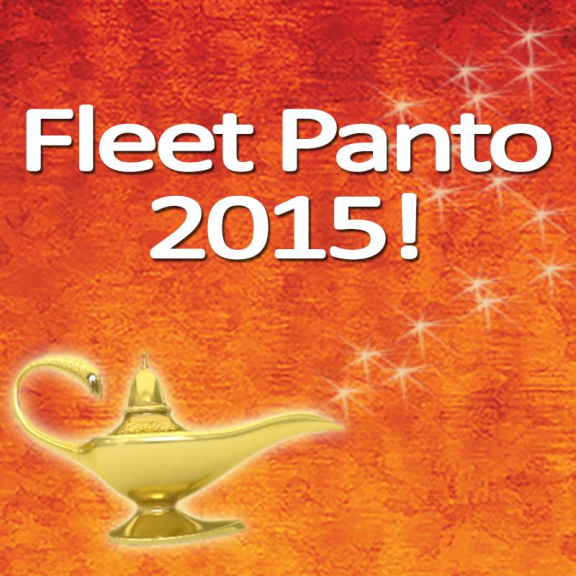 This year’s Fleet Panto is Aladdin, and, having met the cast and production crew, this year’s performance promises to be better than ever.

The star of this year’s show is George Sampson, winner of Britain’s Got Talent. As well as his obvious dance skills, George has developed his acting career starring in Mount Pleasant and Waterloo Road and has also enjoyed starring in panto.

George has been cast perfectly as the humble hero of the story with a good heart and hopefully we’ll also get to see a few of his great dance moves in the show.

Alongside him Princess Jasmine is played by Nikita Johal who is making her pantomime debut and is bound to be loved by all the girls in the audience who dream of being a princess.

Back by popular demand in the role of Widow Twankey is Anthony Williamson who played Lucretia Fitzbattleaxe Hard Up in Cinderella last year. Anthony is excited to be returning to Fleet and is looking forward to playing this role.  He will again use his talent for bringing out the ruthless side of a character but also a gentler side – so possibly a loveable Fagin?

Aabanaze is played by Owen Oldroyd (ladies think Colin Firth in a Sultan’s outfit) who has an extensive stage and musical theatre career and is looking forward to playing the greedy and selfish villain of the panto.

And a Fleet Panto wouldn’t be complete without Amanda Goldthorpe-Hall. Amanda plays the Genie this year as well as being a co-director in the production company behind the panto, Tastic Productions. We’ll all be looking forward to Amanda’s performance in this role and her incredible singing voice.

This year’s panto will tell the traditional Aladdin story with a contemporary edge. The script is still being written as we go to press which is one of the joys of Fleet’s panto as it is written specifically with the cast in mind. We can be sure of classic songs as well as current hits, lots of jokes, local references and some great dance moves too.

And as in previous years the juvenile cast will be in support with 36 children from schools across the area performing in one of in three teams.

Aladdin runs from 15 December to 3 January with matinee, evening and some morning performances. And if you don’t have children but love panto (or if you do have children and want to enjoy panto without them) come along to one of the ‘adult only’ performances this year where you can enjoy the panto banter.

Following the success of the last two years, tickets are selling quickly so if you want to guarantee you can go to a particular performance you need to book soon. Discounts are available for groups of 10 or more – call the Box Office on 01252 811009 for details.