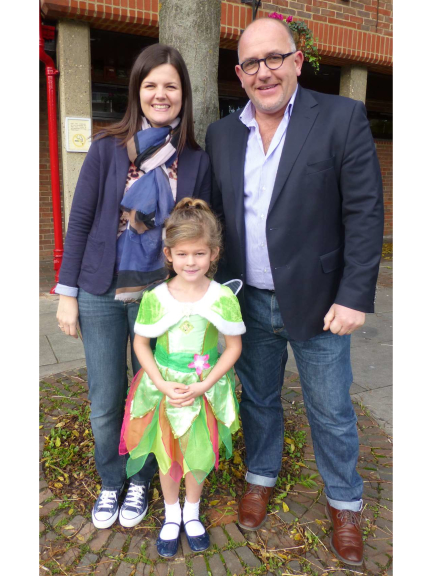 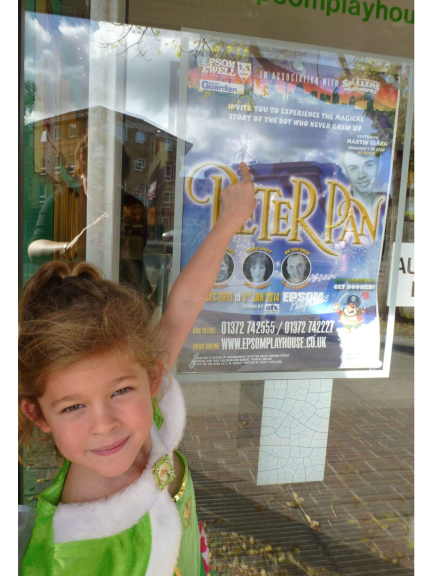 Nearly 50 prospective Tinker Bells descended on the Epsom Playhouse yesterday (Sunday 3 November) to audition for the part of the famous fairy in the theatre’s Christmas pantomime Peter Pan.

The standard was extremely high but finally the panto producers chose 6 year old YASMIN CRAIG from Ashtead to be filmed playing the role.

Peter Pan Director Bev Berridge who was one of the judging panel said: “Yasmin fought off some strong competition to secure the role of Tinker Bell but she ticked every box for what we needed. She will be coming to the Playhouse at the end of November to be filmed flying and acting her lines. Then our graphics team will integrate this film into the pantomime and her image will appear in every performance.”

Peter Pan opens on 13 December and runs until 5 January.Tickets are £11-£18.50 and are on sale now and can be booked by going to: www.epsomplayhouse.co.uk or by calling the Box Office on 01372 742555. You can also find us on facebook: epsom.playhouse