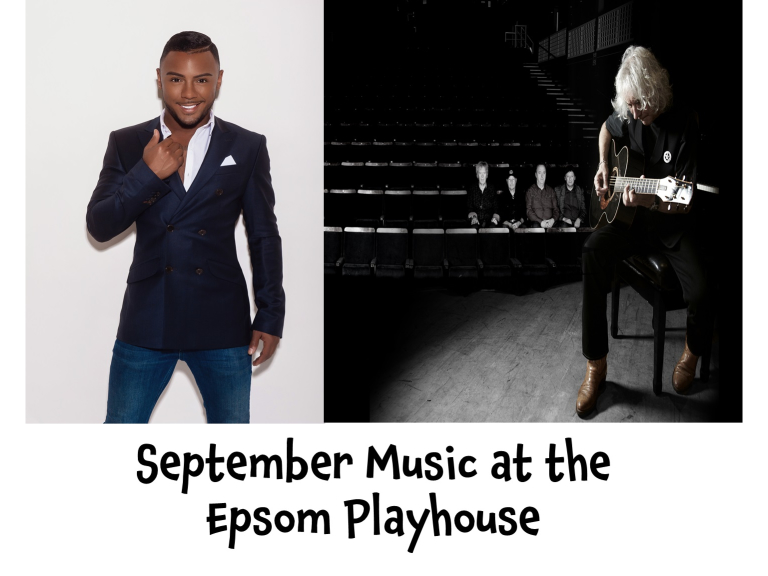 September Music At The Epsom Playhouse

September music shows start with a twist on Friday 5 September and continue with tribute bands, X Factor finalist, sounds of the Seventies, rat pack and the legendary Albert Lee.

The Twist on Friday 5 September is the ultimate feelgood show now in its fourth successful year, delivering great songs, fun and laughter.  Set in an American Diner, The Twist is Happy Days fun with Top of the Pops Fifties and Sixties songs.

On Thursday 11 September Ultimate Elton and The Rocket Band make their debut visit to Epsom. Some tribute artists look like their idol, some sound like their idol. Paul Bacon as Elton John does both! Featuring Your Song, Candle in the Wind, Don't Let The Sun Go Down On Me, Sacrifice, Crocodile Rock, I'm Still Standing, Saturday Night's Alright For Fighting and many more.

Let's Hang On is an evening celebrating Frankie Valli & The Four Seasons on Friday 12 September. This award-winning production is a musical journey through the prolific career of one of the most successful bands of all time from the beginnings in the early 50's. Having performed last year at the Royal Albert Hall for Frankie Valli himself, Lets Hang On presents this recently revamped production which now features brand new sound, lighting and AV screens.

The XFactor finalist Marcus Collins will be taking to the stage on Sunday 14 September alongside his seven piece band with a collection of Motown classics and brand new material from his second album.

The Supersonic ‘70s Show on Friday 19 September is an incredible live show so jam packed with classic 70s hits it's no wonder it's been described as "the best Seventies show in theatre land". Led by the Catsuit Wondergirl Janey Bombshell, Supersonic ‘70s will take audiences back to when Pop was at it's peak.

Sing-a-Long-a Dirty Dancing on Saturday 20 September is a screening of the iconic 1987 film, with lyrics on screen. The audience are the stars and briefed by the host, interact with the movie using their magic moments fun pack containing relevant props. Fancy dress is encouraged but please note this show is for 15 year olds and over.

The Rat Pack Vegas Spectacular show on Wednesday 24 September brings back wonderful memories of classic Las Vegas stars Frank Sinatra, Dean Martin and Sammy Davis Jr. These “Purveyors of Cool" swing into town with some of the greatest music of the 20th Century.

Albert Lee who returns on Thursday 25 September is one of the world's finest guitar players and needs no introduction to Country Music and Rock fans. Fronting his own band Hogan's Heroes, which was originally formed by steel-guitarist, Gerry Hogan, the band comprises some of the best known and respected Rock'n'Roll and Country musicians in Great Britain. Constantly in demand this Grammy award winning musician and his band will be bringing their thrilling show back to the Playhouse by public demand.

We are hiring – Vacancy for #SalesExecutive at our busy marketing agency #Epsom #Banstead
Sign up for offers
Sign up for what's on guide
Become an author
Popular Categories
By clicking 'ACCEPT', you agree to the storing of cookies on your device to enhance site navigation, analyse site usage, and assist in our marketing efforts.
For more information on how we use cookies, please see our Cookie Policy.