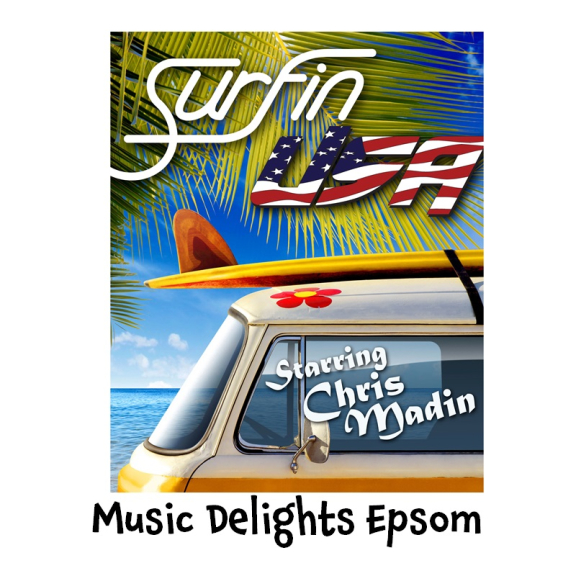 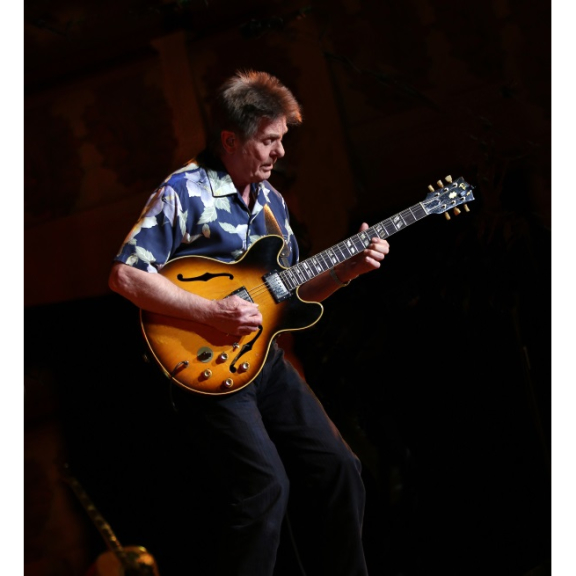 A tribute to the Beach Boys starts October music shows at the Epsom Playhouse.

Surfin' USA, on Friday 3 October stars BBC's Strictly Come Dancing lead singer Chris Madin and backed by an incredible live band will pay homage to one of the greatest bands of all time, The Beach Boys. The band had over 80 chart songs worldwide selling in excess of 100 million records.  Chris Madin and the Surfin' USA band bring those wonderful songs, energy and fun back to life.  Narrated by Suzi Madin the audience will get even more insight into this decade-defining band.

Ronnie Scott’s All Stars will perform The Ronnie Scott Story on Saturday 4 October. Direct from London's world famous jazz club Ronnie Scott’s, musical director James Pearson will mix classic music from the jazz greats who have performed at the venue such as Count Basie, Nina Simone, Ella Fitzgerald, Sarah Vaughan and Miles Davis. With tales of old Soho, miscreant musicians, police raids, and the mystery bottle of Mumm Champagne behind the bar this is unique evening celebrating one of the world's most famous jazz venues, it's music, and history.

On Saturday 11 October back by overwhelming public demand and celebrating it's 15th fantastic yea, the UK's longest running musical theatre concert Beyond the Barricade re-creates original West End/Broadway musical hit songs with amazing authenticity and features a cast of past principal performers from the West End production of Les Miserables and the 25th Anniversary Concert at the 02 Arena.  This production will include many of the musicals that have made it the UK's leading concert of its kind, including Miss Saigon, Wicked, Phantom Of The Opera, West Side Story, We Will Rock You, Blood Brothers, The Jersey Boys and many more hit musical productions, climaxing with a spectacular finale from, of course, Les Miserables!

Joe Brown with his five piece band including his son and record producer Pete Brown, will be on stage at the Epsom Playhouse on Tuesday 14 October. The musical styles incorporated into his new show break more boundaries and are as unique as the man himself. Packed with timeless classics, rockabilly, gospel, country, folk, and rock 'n' roll, all interwoven with Joe's effervescent delivery and humorous reminiscences this sensational show is a musical journey not to be missed.

CMC Cabaret will be performing |’m A Stranger Here Myself in the Myers Studio on Saturday 18 October. Marta, a young country girl arrives, wide-eyed great metropolis of Berlin. She is swept up in melting pot of creativity, decadence and first love. More than just a cabaret concert, I'm A Stranger Here Myself is a story that highlights two extraordinary decades in German history - The Twenties and Thirties - and the effect on its people and culture. The golden age of German Cabaret, featuring music by Kurt Weill, Bertold Brecht and Marlene Dietrich's composer, Friedrich Hollander.