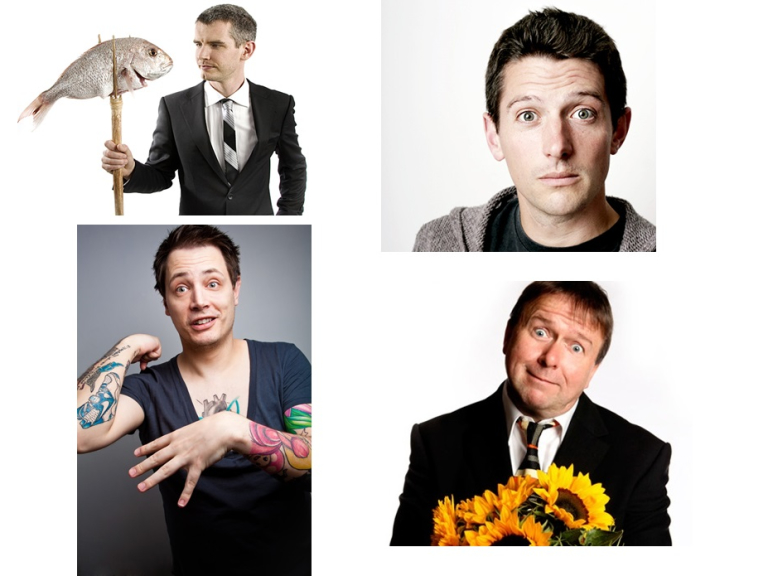 Jongleurs Comedy On The Road

Jongleurs on the road has become a popular fixture in the Epsom Playhouse calendar and some of the UK’s funniest stand up comedians will be returning to the theatre on Friday 26 September . The show line up is:

Jim said: “I'm a stand-up comedian. I've won awards for it and everything. I've been performing since 2005 and I've been all over the world swearing at people and being daft for money. You can usually find me performing all over the country pretty much every night of the week.”

Adam said: “I’m a stand up comic, writer, husband and father of two children who aren't yet old enough to think I'm an (idiot). I reckon I've got five years. I'm from Australia but now live in the UK. I'm a core writer for The Last Leg which one a Bafta for their coverage of the 2012 Paralympics. The Last Leg was also nominated for best comedy entertainment program at the British Comedy Awards. My other writing credits include Channel 4's Stand Up to Cancer, 15 to 1 and Live at The Apollo.”

Stuart sparkles with the effortless charisma and quick-fire timing he honed over a misspent youth as a street-performer. Nowadays he is internationally recognised for original, striking stand-up comedy. He is equally sought after as a comedian and compere, and has been repeat-booked at corporate events including British Telecom, Bank of America and Citigroup.  He also won the admiration of mums and fellow sci-fi geeks as host of CBBC's "Mission 2110".

Steve Gribbin is a diminutive guitar-wielding satirist from Liverpool whose scabrous comedy songs and off the wall observations have made him one of the firm favourites of the comedy circuit. Steve's original comedy songs combine razor sharp lyrics with tunes that put their foot in the door of your mind and refuse to leave. Firmly based in rock 'n' roll and refusing to pull no punches, these are not the 'oh so witty' ditties of penguin-suited plink plonk piano playing posh gobs. They are that rarity - comedy songs which are actually funny.