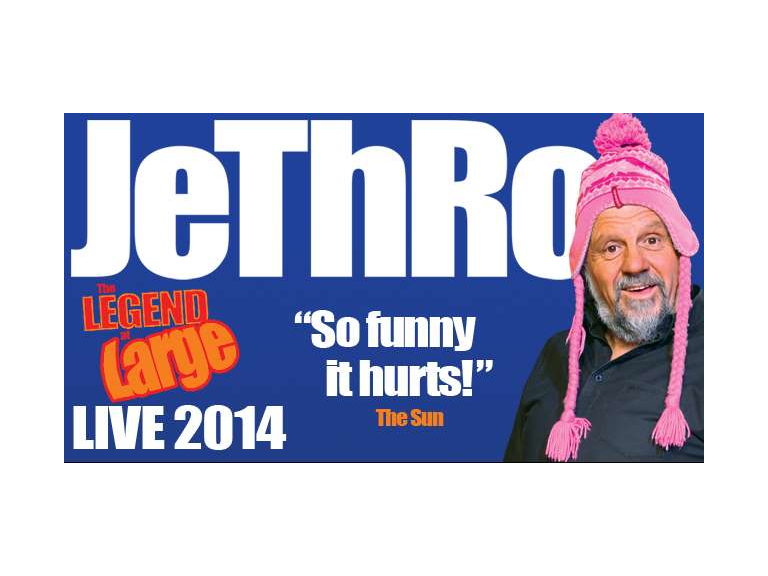 The Cornish legend of comedy is back and hitting theatres across the UK on his massive 2014 UK tour.  “Jethro is a stand up Legend” – The Express and he’s coming to Epsom Playhouse

The tour, which opened to a sell out crowd at the Bristol Hippodrome in January, is running throughout the year taking in cities and towns from Edinburgh to Truro, Cornwall.

Jethro, the world’s funniest Cornishman will be bringing his unique brand of irrepressible and irresistible West Country wit to theatres right across the country in 2014.

The Legend at Large tour will see some of Jethro’s classic stories from his long and successful career alongside new material, which is sure to have audiences in fits of laughter.

The Cornish Master will be taking audiences through his mischievous repertoire of adult humor as he tells tales of his mate Denzel and other renowned friends, which make for an unforgettable night!!

Jethro is one of the most well-known and loved comedians and you’re guaranteed a night of unforgettable comedy.

“Jethro is so funny it hurts” – The Sun

“The Master of comedy” – The Mail

Jethro will be coming to Epsom Playhouse on Tuesday 1st APRIL