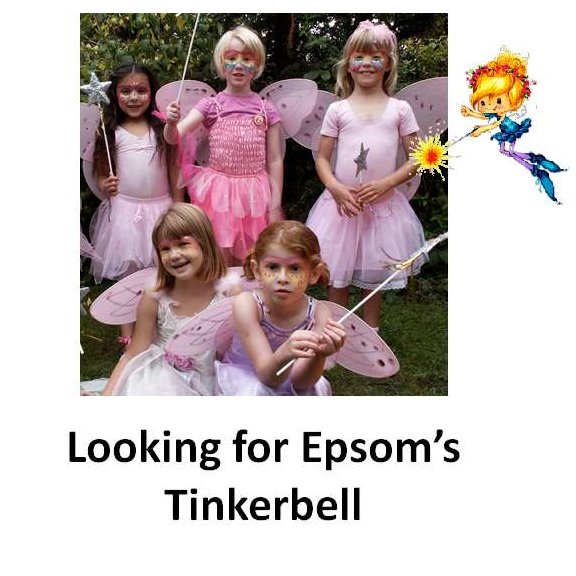 SEARCH IS ON FOR EPSOM’S TINKER BELL

The producers of the Epsom Playhouse annual pantomime are looking for a young local girl to be filmed playing the starring role of Tinker Bell for their forthcoming Christmas pantomime Peter Pan which opens in December.

John Spillers, Executive Producer of Spillers Pantomimes said: “This is a great opportunity for a young, local, talented actress to be part of our pantomime at the fabulous Epsom Playhouse.  We are looking for a girl aged between six and nine years old who can play the role of Tinker Bell in the production.  We are going to hold auditions to find just the right person.  The lucky winner will have to learn a short script, then we will fly her in a harness and film her acting the lines. Our graphics team will integrate this film into the pantomime and her image will appear in every performance.  This is a great opportunity for us to find a local new young star.”

Auditions will be held in October.  Anyone who is interested in taking part should send a photograph and short note outlining why they think they should be Tinker Bell, directly to the producers at bev.berridge@btinternet.com