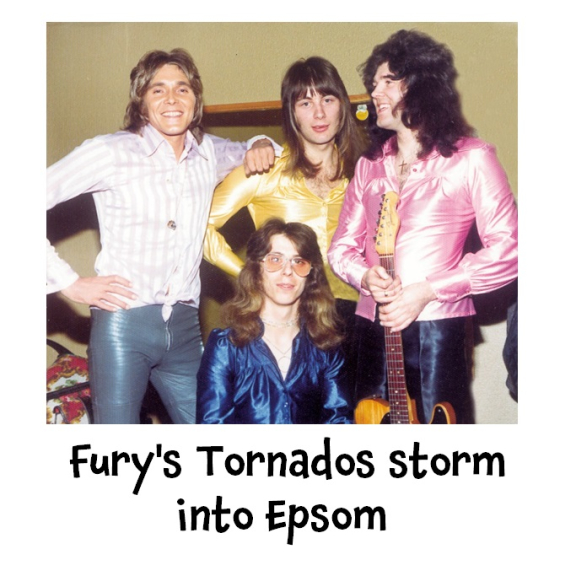 Billy Fury was Britain’s own Elvis and the girls loved him. Now 31 years after his sad death his own band the original Fury’s Tornados replay live his timeless hits at the Epsom Playhouse on Tuesday 2 December. See Billy perform on the giant screen as his band play live. The show is introduced by Billy’s long time partner Lisa Voice and stars Colin Gold as Billy.

Born Ronnie Wycherley, rock impresario Larry Parnes discovered him and renamed him Billy Fury. Billy secured a record contract with Decca Records and in 1959 entered the UK top 20 with his own compositions "Maybe Tomorrow"/"Gonna Type  A Letter". It was the first of an unbelievable 29 hit records and he went on to sell more records for Decca than any other artist, including the Rolling Stones. He scored more hit singles in the Sixties than the Beatles!

Fury’s Tornados came into Billy’s life in 1970. It had been four years since his last major hit but Billy was still a big star, and found huge audiences in the new cabaret venues that were emerging all over the UK.  Glam rock may be taking over Britain, but Fury’s Tornados were still having to deal with the fan hysteria after each show.  Guitarist Chris Raynor said: “He was 6ft tall, handsome and a big star with a terrific voice but he was also very shy and quite a nervous performer. This had a devastating effect on the female audience and they all fancied him.”

Fury’s Tornados continued to back Billy until his retirement through ill health in 1976. Billy and his partner, Lisa, went to live in a farm in Wales. In 1982 a new recording contract with Polydor Records bought Billy out of retirement but tragically in January 1983 Billy lost his final battle with heart illness and died aged 42, the same age as Elvis was when he died.