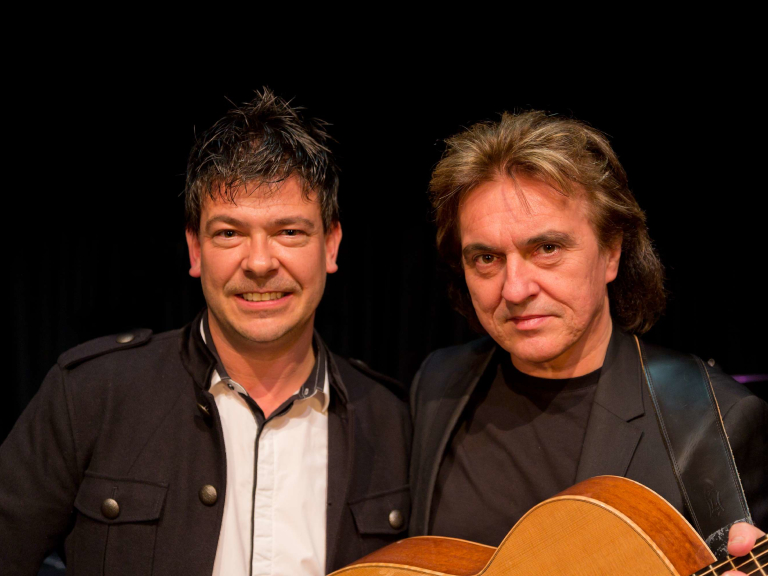 Banstead’s rising star Michael Armstrong sold out his debut show and raised the roof at the Epsom Playhouse recently. The ex-builder come American Idol heat winner, who was discovered two years ago by Kingswood record business executive Lisa Davies and is rapidly climbing the ladder to success.

This year Michael has been touring with Sixties band The Hollies' front man, Peter Howarth and he is currently recording an album of his own songs with one of the industry's top record producers which is set for release later next year.

Peter surprised the enthusiastic audience with a special guest appearance during Michael’s show and they peformed a few duets including Hollies' songs 'He Ain't Heavy, He's My Brother', 'The Air that I Breathe', 'Sandy' and the Roy Orbison hit 'Pretty Woman'.

Peter Howarth's own unplugged show returns to Epsom Playhouse Myers Studio theatre on Saturday, 8th March, following his own debut performance at the venue earlier this year and Michael will be his special guest.

Tickets for Peter Howarth’s March show are on sale now and can be booked by going to: www.epsomplayhouse.co.uk or by calling the Box Office on 01372 742555. You can also find us on facebook: epsom.playhouse