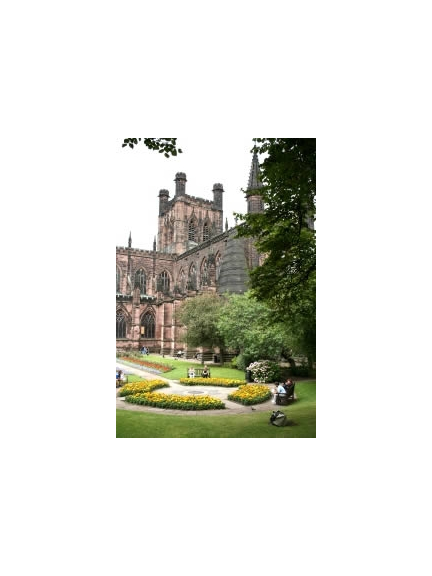 This autumn, Chester Cathedral will host an exhibition by Cheshire-based sculptor Tony Evans as part of its programme of WW1 commemoration events.

The exhibition, entitled Faces of War, will feature four large sculptures and will be situated in the cathedral’s military chapel.  Each one will depict a different wartime scene in Tony’s signature style of hammered copper and bronze.

One of the sculptures, named They Also Serve, depicts a military cleric holding a Bible and raising his hand in prayer.  The piece is intended to draw attention to the WW1’s non-combatants, such as medics and clerics, who provided care and solace to those fighting in the conflict.

Former insurance agent Tony, who is from Kingsley in Cheshire, is no stranger to Chester Cathedral.  Last year, he was commissioned by the cathedral to produce a nearly life-size Nativity scene.  He also produced a large-scale solo sculpture show in the cathedral nave.  The show included twenty spectacular pieces – including animals and human figures.

“The opportunity to exhibit in the cathedral made me think of the non-combatants, the medics and clerics, often exposed to the same privations and dangers as the fighting men and very often overlooked for the comfort and solace they provided in dreadful conditions.

A piece in the exhibition called Shellfire is an instinctive expression of sympathy for the terror of the innocent animals exposed to appalling sights and sounds.

Another piece, Faces of War, reflects on the propaganda pushed at the man in the street.”

“We are delighted to welcome more of Tony’s stunning sculpture work into the cathedral and are sure that visitors will enjoy this brand new exhibition.

The pieces are extremely powerful – and will certainly serve to help us to reflect on WW1 – and, indeed, all other conflicts - during this commemoration year.”