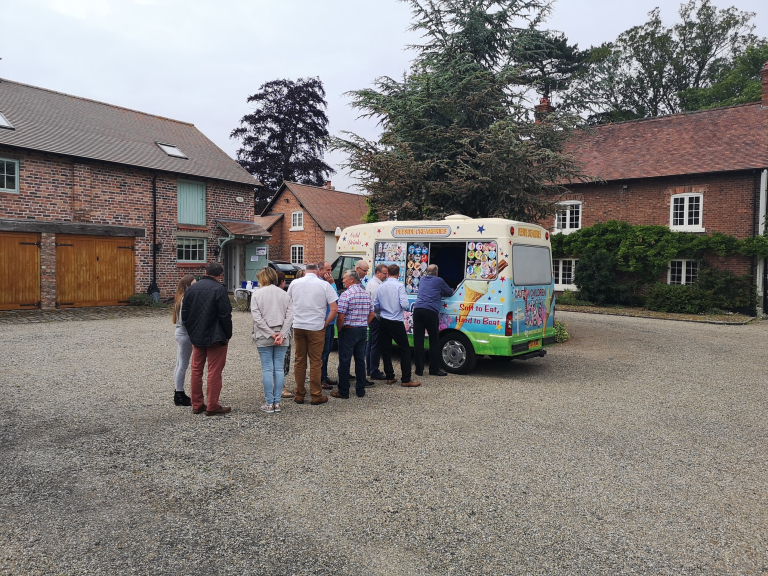 ARCHWAY Homes has fundraising licked – the homebuilder raised more than £2,500 for good causes.

It was attended and supported by Archway’s staff, subcontractors and suppliers.

Director Anne Pedley, explained: “The event started out as a way to thank the people and businesses we work with for their hard work. The added benefit is it provides an opportunity to raise money for good causes and make a positive difference to the communities we operate in. Claire House does a fantastic job of supporting children who are seriously ill and as a family run business we felt it was a natural fit. We’re helping the hospice adapt toys for use by children with severe disabilities so that they can be switched on with only a simple press.

“We’ve also linked with Men’s Sheds who are setting up a new project in Bebington to bring people together and will be using the money we raised towards a second shed. We’ve worked with Men’s Sheds in Hartford previously and seen the good work they do in helping reduce isolation.”

Archway Homes is currently building and selling homes at Willaston, near Nantwich; Neston and Eastham, with planned developments in Salterswall and Little Stanney.

Issued for & on behalf of Archway Homes by Active PR

PUTTING BUYERS IN THE PICTURE IN PENYMYNYDD
Sign up for offers
Sign up for what's on guide
Popular Categories
By clicking 'ACCEPT', you agree to the storing of cookies on your device to enhance site navigation, analyse site usage, and assist in our marketing efforts.
For more information on how we use cookies, please see our Cookie Policy.