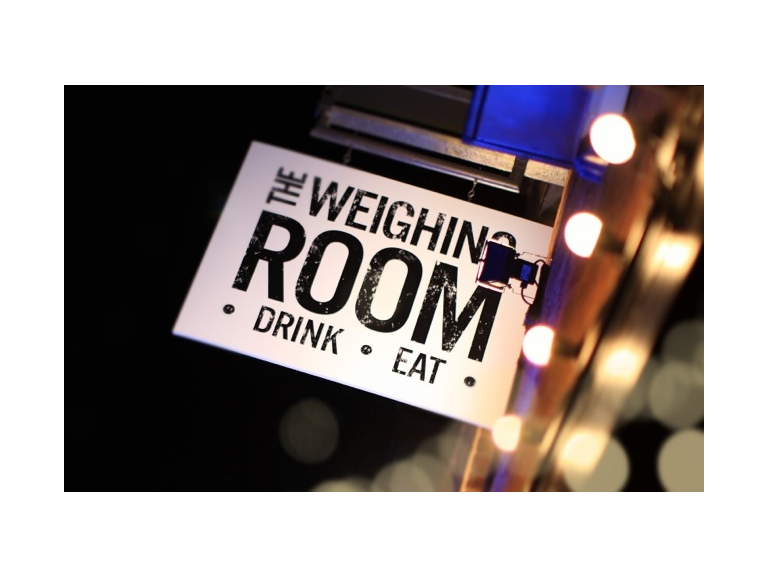 The Weighing Room Bar on Chester's Commonhall Street opened its doors on Thursday to a packed guest list, showcasing a re-vamped interior and new dining concept, aptly named; 'Dirty Dogs and a bit on the side'.

The paw prints on the street leading to the bar from nearby Bridge Street teased the new concept awaiting guests, who were greeted with mini samples of the venueâs 'Dirty Dogs' and a selection of cocktails from the extensive list, a mix of traditional and music inspired with names like; 'No Dignity' a spin on American R&B's classic track, No Digity featuring Dr Dre and Queen Pen. An extensive bar list which included everything from spirits to beers featured a section named 'The 5.0 list', a selection of drinks mixing premium spirits with crushed ice and fresh fruits and juices, again with quirky names such as 'Absolut Shambles' with Absolut Mango and Apple juice.

Those needing to cool off following the 'Hot' Dog welcomed the to-die-for Cookie Monster Ice Cream Sandwich, which does exactly what it says on the tin and the 'bit on the side' menu was a meal in itself with selection of fries, onion rings, dirty slaw and a Dirty Mary - a double shot of Bloody Mary and grilled dog.

The bar's weekly offerings adorned the walls with quirky hash-tags; #twosdays offering was 2 dogs for £10 with Wednesday being a play on Lottery night with a bingo game called #blotto, where each number called hourly will relate to an in-bar deal.

Customers looking for food on the go can 'take your dog for a walk' or request 'Dough-to-Go' when The Weighing Room re-opens to the public at 12noon on Friday (November 15).