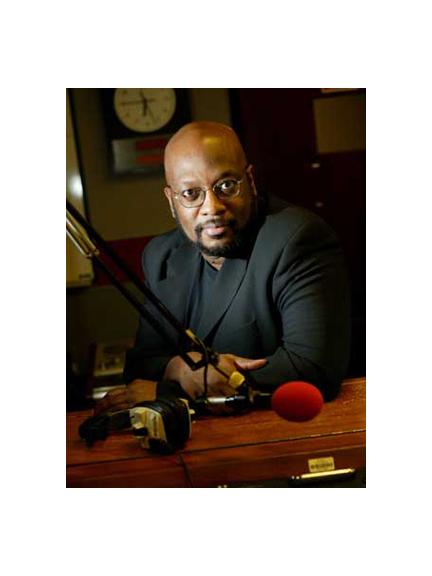 Mike's familiar cry of 'OH BABY' will greet the best moves on show at the Northgate Arena as he guides the crowd through the fast paced action of BBL matchdays.

Shaft presents the soul music show and Sunday Breakfast on BBC Radio Manchester and programmes internet radio station The New SUNSET Radio on mikeshaft.com. He is originally from Grenada but for more than 30 years he's been calling basketball games, from BBL regular season and Championship matches to televised games with touring NBA teams.

His distinctive voice and charismatic delivery have established him as the announcer every basketball team wants and he is a welcome addition to the Cheshire Phoenix family.

Club director Andrew Donaldson said he was thrilled to bring Shaft on board. "Mike makes every match an event and he is the most loved announcer in the British game," he said. "His enthusiasm and skill in working the crowd is second to none." Mike was equally thrilled to be teaming up with the Nix: "It's an absolute joy to be a part of the Cheshire Phoenix family. "To be involved with guys of the calibre of Andrew, John Lavery, Robbie Peers and Mike Burton is a real pleasure and the recent signings by the club suggests to me that the Nix are going to be one of the teams to watch this season."