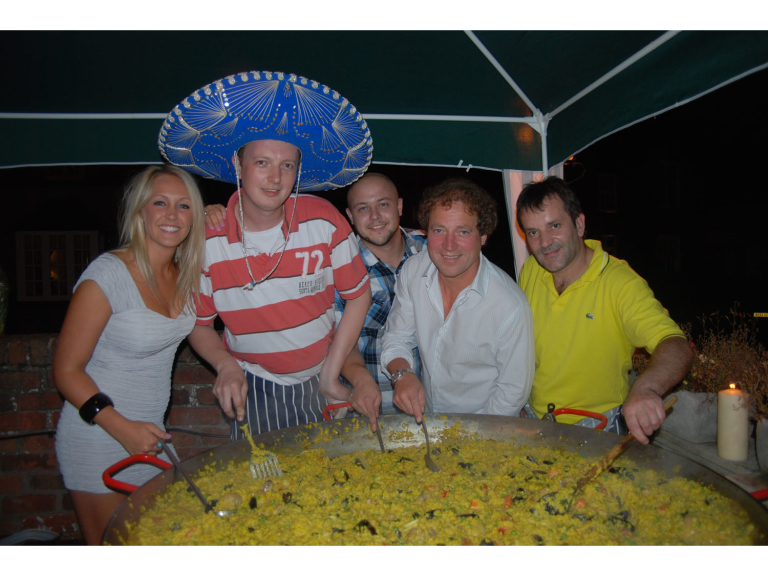 A community joined in the spicy celebrations at a family-friendly pub in a Cheshire village.

A giant paella dish was on the menu at The Ring O’Bells in Christleton, where local band MoCo rocked the night away. There was fun for all the family in the day, with face painting, a children’s entertainer, beat the goalie competition, games, a raffle and a BBQ.

The Ring O’Bells has also been shortlisted in the family category to the last eight in the Morning Advertiser’s Great British Pub Awards. The Ring O’Bells won the industry magazine’s North West title for the second year running; the Chester pub will find out on Thursday (September 9) at an Awards ceremony in London if it has beaten the winners from the seven other regions.

Owner of The Ring O’Bells and Modern British Taverns, Ian Wade, said:
“This was a great celebration. Thanks to everyone for coming out and celebrated with us, as well as for the community’s support over the last two years.”

Ian has also been in training over the last few months before embarking on September 17 on a gruelling eight day high altitude climb of Kilimanjaro to raise money for Christleton based charity Children Today.