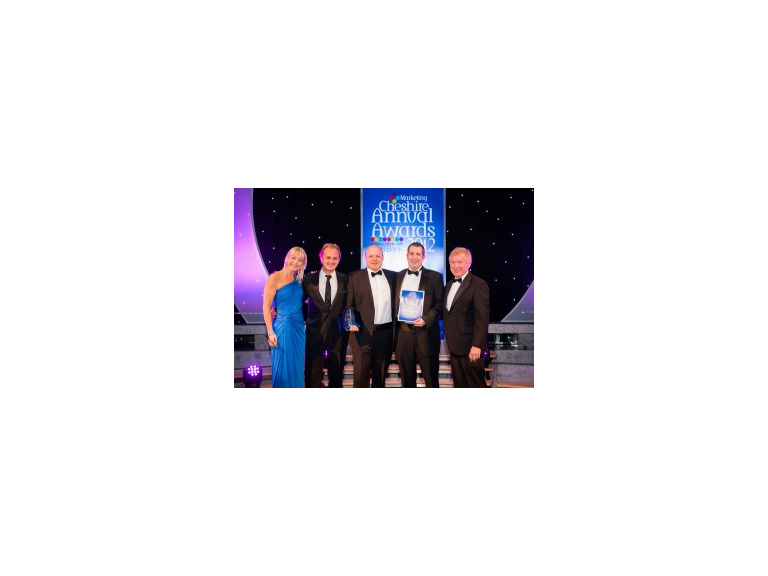 The Marketing Cheshire Annual Awards in association with M&S Bank recognised the outstanding work delivered by all sectors of the tourism and hospitality industry and the professionals who work in it.

The glitzy black tie event, held at the impressive M&S Bank European Headquarters on Friday, November 23, was attended by more than 370 guests from various Cheshire and Warrington businesses, all hoping to receive an illustrious award for their contribution to tourism.

The unnerving anticipation was quickly transformed into celebration for The Bear’s Paw in Warmingham as they were awarded with ‘Guest Accommodation of the Year 2012’ by TV star Terri Dwyer. This follows a busy and successful year for The Bear’s Paw team who have recently retained their 5 star status and AA Rosette in 2012 alone.

Nelson Hotels operations director, Andrew Nelson, comments: “Our passion is being the best we can be in every respect, from the environment, ambience, the locally sourced ingredients we use, the staff we carefully select and the consistently outstanding accommodation and cuisine. We strive to deliver a first-class experience for every guest at each of our properties. To have this recognised in the form of this highly regarded award is fantastic indeed. Thanks go to the entire team who worked so hard to secure this accolade.”

The event is now in its seventh year, and has grown in reputation to become one of the most sought after award ceremonies in the North-West with countless entries being collated every year. Nelson Hotels left the prestigious awards celebrating a double triumph as they also received a special commendation in the ‘Tourism Pub of The Year’ category for their Tattenhall property The Pheasant Inn.