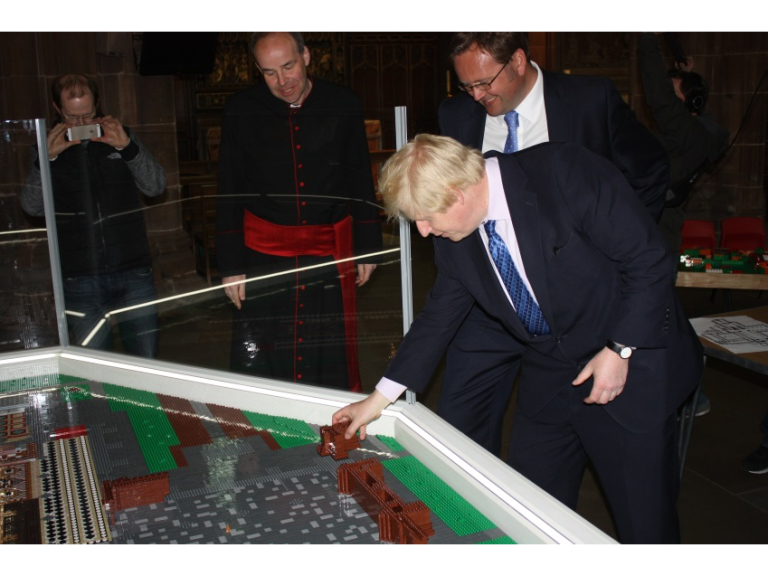 The Chester Cathedral in LEGO project has completed 10,000 of 350,000 bricks to be included in the model of the historic building.

The project build has been going since April 2015 and is expected to last three to four years.

The model – which will split in two to reveal the inside of the building - will include special features unique to Chester Cathedral’s interior, such as the Quire, Consistory Court, and the Grand Organ, painstakingly recreated in LEGO. Plans have been prepared and these unique sets are available for corporate sponsorship.

The 10,000 bricks form the foundation of what will eventually be a scale model of Chester Cathedral. When completed, the model will reach almost four meters in length and two meters in height.

Chester Cathedral visitors can buy a brick for £1 where they will physically help build the model by placing the brick on the module. Money raised from the LEGO build will go directly into the Chester Cathedral Education Trust, which has been created to support the on-going education work at Chester Cathedral.

The Revd Canon Jane Brooke, Canon Chancellor, said: “The build is not only helping us to further our outreach of education through the LEGO but also to raise funds for continuing and expanding that outreach.

Using LEGO for the build is brilliant because it has proven to be a common interest between children and adults, allowing us to portray our cathedral’s rich history in a way that is interesting to the whole family.”

Since launching the project the cathedral has welcomed over 50 new volunteers, applied for a world record in the ‘number of instructions for one model, and had an increase of 25 per cent in under 35’s. Chester Cathedral has also welcomed a number of famous individuals who laid foundation bricks including London mayor Boris Johnson.

Chester Cathedral is continually looking for volunteers to help build the LEGO model.  If you have a passion for LEGO and can spare three hours every week, please contact Elizabeth Butterworth via email: elizabeth.butterworth@chestercathedral.com.