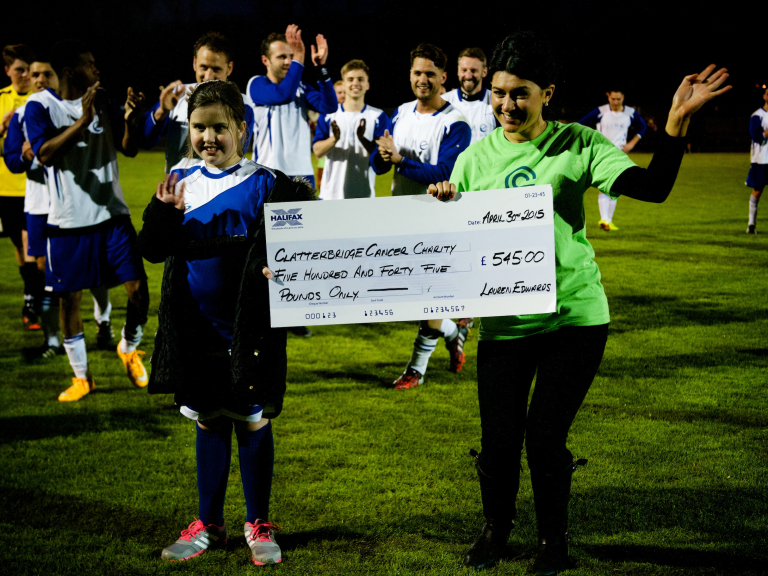 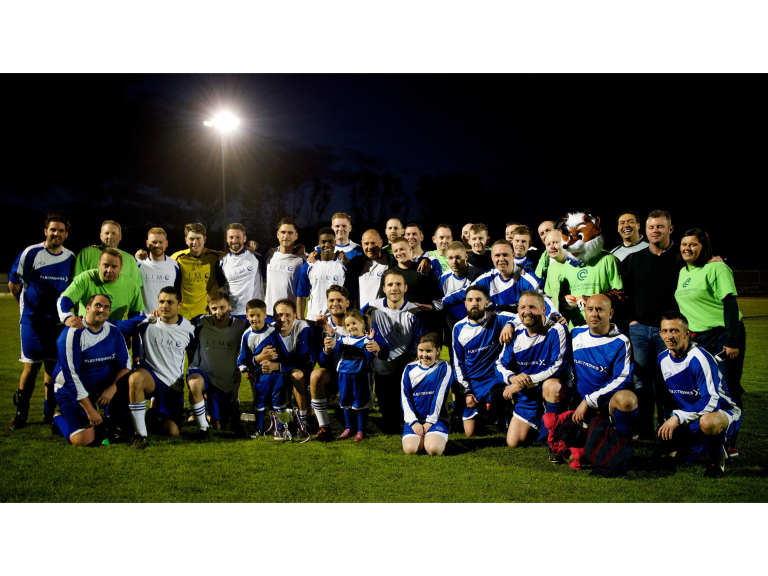 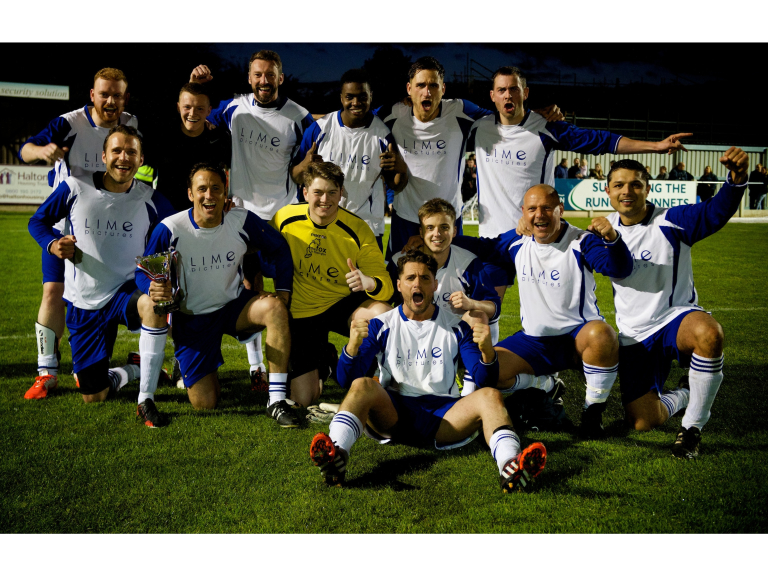 Stars from Chester-based soap Hollyoaks kicked off their charity football season in style with a 3-2 win over Warrington supply chain company Flextronics ­– but The Clatterbridge Cancer Charity was the evening’s real winner.

The game, played at the Runcorn Linnets Stadium, netted more than £4,000 for the cancer charity, with hundreds of fans braving the cold to show their support and meet the cast.

Jade Barrett, Area Fundraising Manager at The Clatterbridge Cancer Charity, said: “The night was a fantastic success. The dedication the Flextronics staff showed on the night was reflected in the amazing amount of money raised.”

The match was the highlight of a twelve-month Flextronics fundraising campaign in support of the charity. The proceeds from the evening took the final total to over £30,000.

Joe Hitchmough at Flextronics was the main organiser of the match. Joe said: “Clatterbridge is a charity that has a lot of personal significance to members of staff here and, as soon as it was confirmed as our Charity of the Year, we pledged that we would do something a little bit different to raise a lot of money. I knew that Nick [Pickard] organised charity matches and thankfully he was very happy to get the cast on board.

“The Hollyoaks cast has been brilliant, tweeting pictures of themselves supporting Clatterbridge and promoting the match, in fact everyone has, no-one’s really said no, from Graham Stuart to Mark Halsey, everyone has given their time and pulled together to make the match a success.

“On behalf of Flextronics I’d just like to say a huge thank you to everyone who took part, helped organise or bought a ticket – it all counts and together we’ve raised an incredible amount of money for Clatterbridge.”

Joe secured the services of ex-Everton star Graham Stuart to boost Flextronics’ fire-power, but the Hollyoaks team proved unbeatable on the night.

Fan favourite Fabrizio Santino, who plays Ziggy Roscoe in the soap, opened the scoring and new cast member Duayne Boachie secured the Man of the Match title with a goal in each half. Duayne joined the cast earlier this year as footballer Zach Loveday and was keen to show off his skills.

“This was my first match for the Hollyoaks team and I was really nervous so it’s brilliant to score two goals and get Man of the Match, but the main thing was raising money for such a great cause,” Duayne said.

“It’s fantastic that Flextronics managed to organise this match and I’m always happy to get involved in something like this, but I’m glad we won too!”

The three mascots were children of Flextronics staff and a cheque was presented by Materials Handler Dave Edwards’ daughter Lauren, who had raised £545 by being sponsored not to indulge in her favourite treat – Magnum ice-creams!

Pre-match and half-time entertainment was provided by Halton Street Soccer, the Carol Barton Dance Troupe, the Surpreme Starlights Cheerleaders and the Golborne Brass Bandbrass brand. Commentary was provided by Dominic Walker and the team at WireFM, who also announced the teams and made the post-match presentations.

The Birchwood Lions also volunteered on the night, helping with parking and selling programmes.

All proceeds from ticket sales, as well as a half-time raffle, cakes sale and other fundraising activities, went to Clatterbridge, adding to the total raised throughout the year by staff at Flextronics.

Jade added: “We have been incredibly lucky to receive support from Flextronics employees for the past 12 months. The £30,000 raised in total has made a huge difference to the lives of patients helping fund equipment, research and life-changing support services that would otherwise be unavailable. We cannot thank our friends at Flextronics enough.”

You can still donate to the cause via JustGiving:

About The Clatterbridge Cancer Charity

The Clatterbridge Cancer Charity is one of the largest networked Cancer centres in the UK.