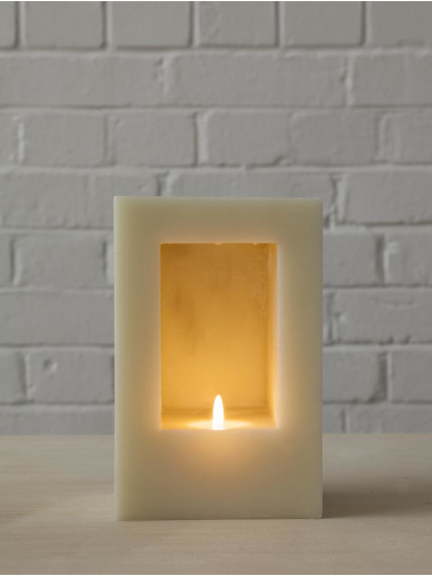 This January, Chester Cathedral will take delivery of a specially designed candle to commemorate 70 years since the liberation of Auschwitz-Birkenau on 27 January 1945.

The candle, part of the national 70 candles for 70 years project, will be displayed at the cathedral as part of a schools conference to mark Holocaust Memorial Day 2015.  Special guest Frederick Naftel, a second generation Holocaust survivor, will light the candle and give a talk about his experiences.

Internationally renowned sculptor Sir Anish Kapoor has been revealed as the artist behind the candle design. Sir Anish is best known for his sculpture work, including the ArcelorMittal Orbit, an observation tower built in Stratford’s Olympic Park for London 2012, and Chicago’s mirrored, legume-shaped Cloud Gate, which is more commonly known as the Bean.

The candles will symbolically link the 70 events taking place in each corner of the UK, ensuring that Holocaust Memorial Day has as far a reach as possible and that each of the specially chosen 70 activities are connected to the main UK commemorative event in central London where six of the candles will also be lit.

“We are delighted to have been chosen to take part in the national 70 candles for 70 years project.  Being part of the project and having the candle in the building will help to focus our minds for our annual commemoration of Holocaust Memorial Day.

“We hope that it will encourage local people to engage with the topic of the Holocaust and allow them to think and reflect.  It is vital that we remember and reflect upon the horrors of the past, and honour those who survived.”

The candle will remain on display in the cathedral for the rest of the year.