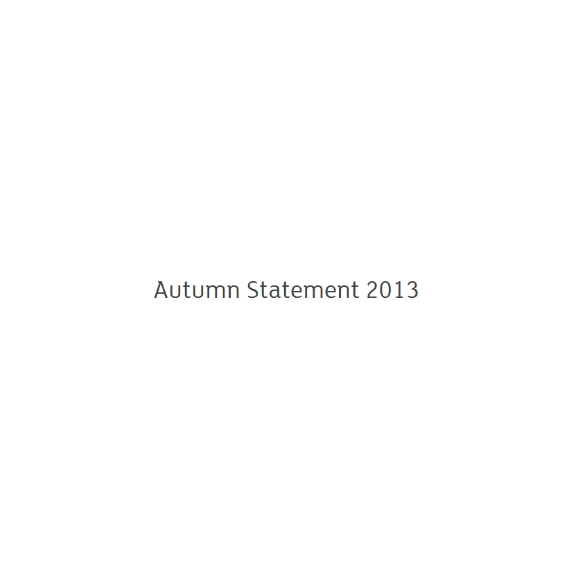 “We seek a responsible recovery”

For the first time, the Chancellor stood up to report improved forecasts for the economy and public finances. But despite this improved outlook, the message of the Autumn Statement was clear. The economy is doing better than previously expected, but austerity will continue in an enhanced form. There will be a third fiscal rule as of 2014 in the form of a cap on welfare spending. For the here and now there were few announcements with large impacts on tax receipts or spending. It was another fiscally neutral set of policy changes.

“Let me turn to the future”

The Office for Budget Responsibility (OBR) revised up its forecasts for economic growth. It now expects the economy to expand by 1.4% this year, up from 0.6% expected at the time of the Budget, but still below the 2.9% that was forecast back in 2010. For 2014 expected growth has been revised up from 1.8% to 2.4%, which is above the new estimate of the economy’s long run potential growth rate of 2.2% (down from 2.3%).

The Chancellor’s spending hand was, in part, stayed by a number of risks to the forecast, most prominently: the possibility of a renewed flare up in the Eurozone, unintended consequences of an exit from unconventional monetary policies (in particular in the United States), a possible failure of productivity to pick up with the near term recovery and households increasingly having to finance consumption by running down their savings or borrowing more.

Importantly, the OBR stated that the positive surprise to growth was cyclical, rather than structural. This means that the forecasts for the cyclically adjusted budget balance, which is at the centre of the Government’s fiscal rules, were ever so slightly weaker than at the time of the Budget. There is no expected impact on this measure of the deficit from the changes announced today. But there was good news for the Chancellor, as net debt relative to the size of the economy is now expected to peak in FY 2015 at 80%, rather than at 85.6% in FY 2016, as expected in March.

“We will cap overall welfare spending”

As of 2014, the fiscal rules will become three. In addition to balancing the cyclically adjusted budget over a rolling five year period and net debt to GDP falling by FY 2015, the Chancellor today proposed introducing a cap on welfare spending. The cap will be set each year at the time of the Budget and any breaches of or amendments to the cap will have to be voted on by Parliament. The state pension and the most cyclical benefits, such a Job Seekers’ Allowance, will be exempt. This statement of intent by the Chancellor was complemented by a very interesting observation from the OBR. By FY 2018, day to day spending on public services and administration will be at its lowest share of national income since 1948.

“Living within our means and cutting tax on business”

What policy changes there were, were small in terms of their immediate impact on overall tax and spending, but may be significant none-the-less. First, the state pension age will be raised to 68 in the mid-2030s and 69 in the late 2040s. Second, as of April 2015, foreign sellers of UK houses will have to pay capital gains tax, but only on gains made after April 2015. Third, next year’s planned 2p rise in fuel duty is now off the cards. Fourth, increases in business rates in England will now be capped at 2%, rather than be indexed to RPI inflation. Moreover, there will now be 50% relief for certain businesses that move into vacant high street premises. Finally, as of April 2015, employer National Insurance Contributions will be abolished for employees under-21 who earn £813 per week or less.