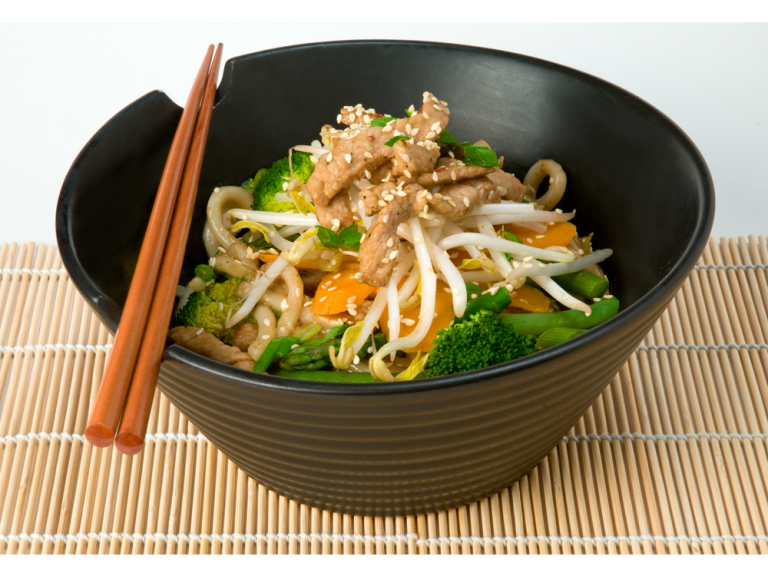 Chinese cooking is good for tight budgets too as typically the end product goes further than many western style recipes: for example, around 350g chicken and broccoli stir-fried together and served with steamed rice will actually serve around 4-6 people whereas the same amount of chicken served western style would serve half that number!

It’s also good for the waste line as small amounts of oil (typically less than 2 tablespoons of oil/soy sauce) can be used and is often heavily reliant on vegetables and non-fatty meats. Not only that but eating with chopsticks instead of a fork or spoon may also mean that you have smaller bites which can help reduce portion size.

You can also reduce your portion sizes simply by having a broth based soup before your main meal. By doing this, your portion size could be reduced by up to 20% as a smooth soup will take longer to be digested than solid foods.

The combination of greens, meat, ginger and mushrooms will help leave you fuller for longer so although a typical bowl of rice is small, at about 100 calories, you will still be left feeling full and satisfied.

If all this talk of Chinese food is leaving you hungry but your cupboards are bare, than why not head down to 288 Bar and Wok and let them serve you some wonderful Chinese cuisine.