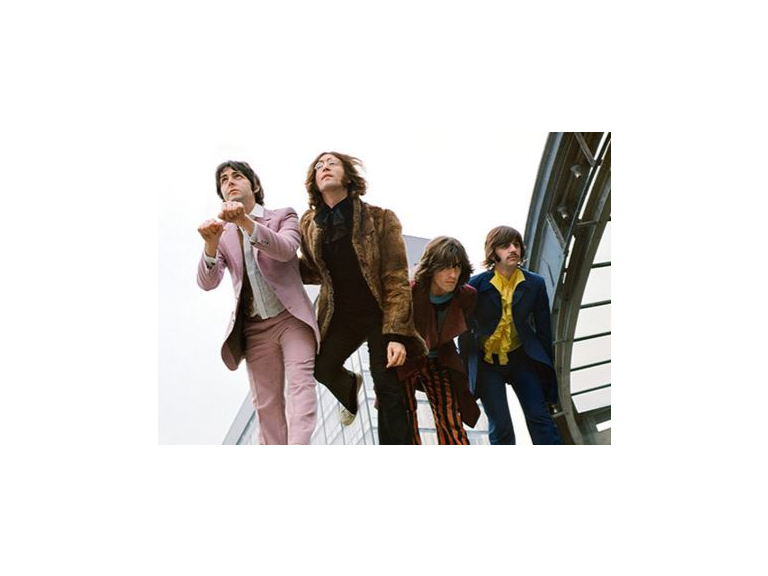 Bury St. Edmunds – February 16, 2016 - Tom Murray, best known for his Mad Day pictures of the Beatles taken July 28th, 1968, will have photographic company of another star studded kind – namely photographs never shown before publicly of the many stars of the worlds of film and fashion that Murray photographed during his years in London, Paris, Hollywood and New York.

From March 7th to the 11th, Mr. Murray’s collection of photographs will be viewed privately for corporate sponsors benefiting several local charities.

On Saturday March 12th from 11AM to 5PM and Sunday March 13th from 11AM to 4PM his work will be open to the public.  Admission is £5 and can be booked by going  to the feature for Jacobs Allen and viewing the event and buy your tickets from there.

All proceeds will go to Paddington Bear’s favorite UK charity, Action Medical Research for the ‘Fight for Little Lives’ campaign. Many of the exhibits will be available to purchase with 10% going to charity.

These unseen photographs will include film and fashion portraits of icons such as Sir Dirk Bogarde, John Huston, Dustin Hoffman, Elizabeth Montgomery, Angelica Huston, St. Laurent, Ralph Lauren, Giorgio Armani and Tom’s favorite pictures of Princess Margaret and Lord Snowdon with their children.  This is just a highlight of the work to be presented.  Each group of photographs will be shown in its own gallery room provided by Jacobs Allen.  The show will take place at the Jacobs Allen Office Building located at 59 Abbeygate Street, Bury St. Edmunds.

Of course, Included are his legendary photographs of the Beatles taken on that Mad Day in 1968 and shot at locations throughout London from St. John’s Wood to the Docklands and many locals in between.  They were always on the run to escape the escalating throngs of rabid fans.  No one knew that memorable day that it would be the last official publicity shoot the Beatles ever did before the group disbanded a short time later. The Mad Day photographs have been exhibited all over the world including major cities throughout the United States, and Europe.  Tom has primarily exhibited the Mad Day photographs to raise funds for many charities including the Make a Wish Foundation, Cancer Care, Project Angel Food, Friends Indeed, Help the Hospice, Help for Hero’s among many others. His photographic donations to charities have helped raise over $8 million.

Book tickets online at www.jacobsallen.co.uk where you are also able to make a donation. Join the Facebook Event for updates by going to bit.ly/jacobsallen.

Tom Murray is an award-winning photographer whose work spans portraiture, theater, fashion, advertising, newspapers and magazines.  He perfected his craft working for newspapers, becoming the head of photography for The Sunday Times Colour Magazine, London’s first Sunday magazine.  He then worked alongside master photographers Helmut Newton and Lord Snowdon.

At twenty-five, he received a commission from the Royal Family, becoming the youngest person to receive this honor, and has since immortalized subjects such as Elizabeth Taylor, Angelica Huston, Dustin Hoffman, Armani and Pierre Cardin.  Mr. Murray’s work has been exhibited in galleries and museums throughout the world and has appeared in numerous magazines and newspapers like GQ, Vogue, The New York Times, and The London Times.

A three time World Press Photo award winner, Mr. Murray has received numerous international awards for his work on newspaper and magazine assignments, theatre and advertising commissions as well as specialist portrait commissions in Europe, Africa and the United States.

His success has enabled him to donate his photographs to a number of good causes close to his heart. In all Tom has worked on behalf of more than 30 charities worldwide.