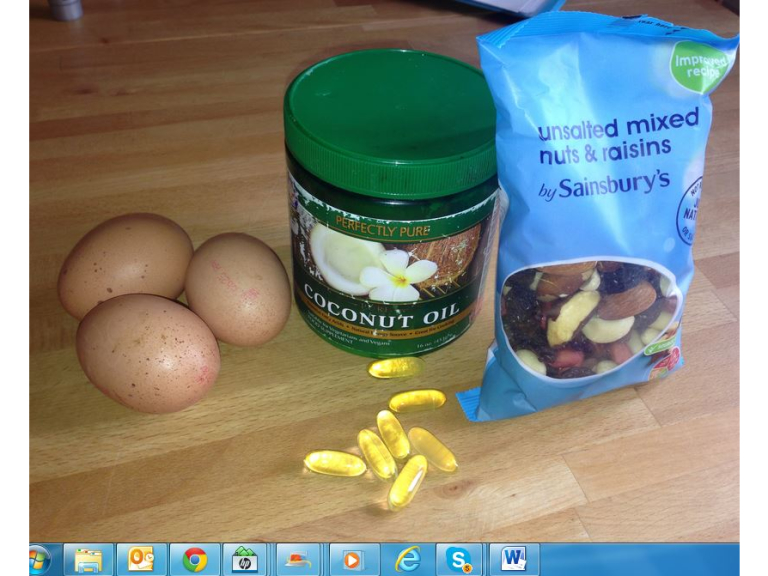 Here is what I aim to do:

Train harder, train longer, train more, cut back on calories or completely knock my social life on the head. Not great options if you ask me…

Liam’s SIMPLE and EFFECTIVE plan for me is:

1. SLEEP MORE! If you are going to bed after 10.30pm you are not doing yourself any favours. Poor quality of sleep has a massive effect on your fat storage. When you go to bed too late (after 10:30pm) your hormones don’t react in a positive manner. You can become insulin resistance and your body will really struggle to shrug off that excess fat. So stop the late nights and get tucked up early plus you will recover a lot better between sessions.

2. Eat nuts in the morning Nuts are an awesome source of fats and protein and having them first thing in the morning will help balance blood sugar levels. This means your will be more likely to use fat as a fuel and curb cortisol the hormone that eats into your calorie burning muscle!

4.Fish oil : Basically Fish Oil turns on your fat burning genes and switches off your fat storing genes. It also balances your blood sugar levels and helps curb the dreaded carb cravings. . 5. Cook with coconut oil Coconut oil is one of the secret fat loss weapons. Clients who continue to see awesome results using it. You see, cooking with olive oil ISNT all it’s cracked up to be. Once it’s heated, olive oil loses almost all of its credibility and has been known to become toxic at higher temperatures! We use olive oil to dress salads with and to lightly sauté. Anything longer than 5 minutes to cook and olive oil has to go.

Back to coconut oil… They have medium chain fatty acids- which coconut oil is ABUNDANT in. These little bad boys are AWESOME for a sluggish metabolism. How? In a study which looked at the effects of these fatty acids on metabolism. It was found that just one dose of coconut oil could increase metabolism by 48% AND for up to 24 hours!

There you go SO NUTS AND COCONUT OIL HERE I COME…