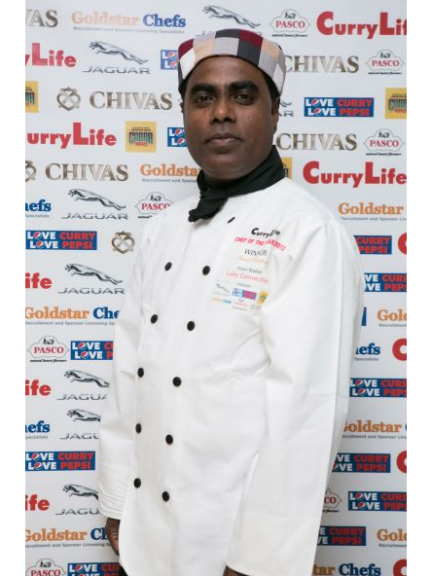 next month for the Taste of Britain Curry Festival.

Abdus, who runs the Valley Connection restaurant in Bury St Edmunds, is one of seven

the team. Dominic will be serving up a ‘Best of British’ menu while his fellow chefs focus on

Abdus said: “It is great to be flying the flag for British curry because that is what it is

nowadays - a national favourite. It’s evolved its own style and it will be great to see what the

said: “I am delighted that Abdus Shahid has been nominated. I enjoy meals at the Valley

PM David Cameron added: “I send my very best wishes to everyone involved in this year’s

'Taste of Britain Curry Festival'. I’m delighted to see that more than 200 years after the first

countries where it originally came from.

enjoyed by more than two million people every week. But it’s so much more than just good

in billions of pounds into our economy.”

Syed Ahmed, Festival Director and Editor of Curry Life Magazine, which organises the

event, said: “Curry is as British as strawberry jam and cricket and we’re keen to promote

that to the rest of the world, including India.”

We are lucky to have a chef like Abdus and a superb indian cuisine restaurant in Bury St Edmunds.