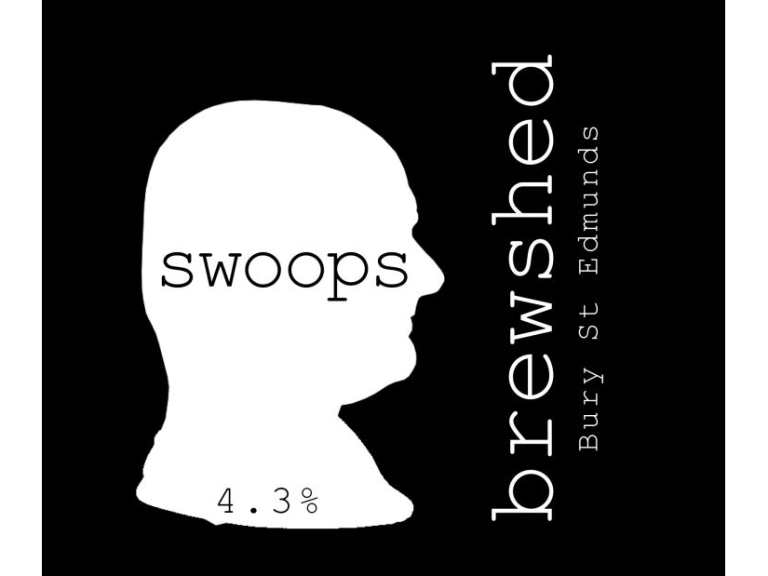 When working on the recipe for its latest seasonal ale,

Brewshed got talking to Swoops (a local at The Beerhouse)

produce. Named in his honour, Swoops will be launched at The

Beerhouse on Thursday 10th July at 7.30pm where Swoops himself

will be pulling the first pint.

beer, brewed using a high level of wheat. With loads of

amarillo and citra, this is our hoppiest beer by far to date.’

It is part of the independent, family run company Gusto Pronto Ltd which incorporates: The One Bull on Angel Hill, The Cadogan in Ingham, The Crown at Hartest and of course the Beerhouse.