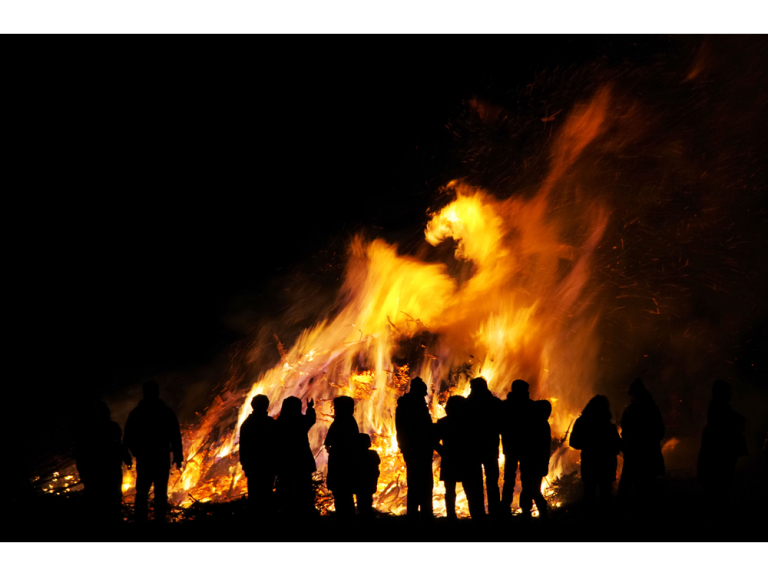 We all know that 5th November is Bonfire night and lots of us celebrate the day by going to firework displays or having your own parties. But why do we do this?

This annual event, also known as Guy Fawkes Night is held on November 5. It marks the anniversary of the discovery of a plot organized by Catholic conspirators to blow up the Houses of Parliament in London in 1605. Many people light bonfires and set off fireworks.

This group of conspirators, including Guy Fawkes got hold of 36 barrels of gunpowder - and stored them in a cellar, just under the House of Lords. However it is believed that some members of this group had second thoughts, a this amount of gunpowder would hurt a lot of people. A letter was sent to Lord Monteagle, warning The King to stay away from the Parliament on November 5th.

The King read the letter and Guy Fawkes, who was in the cellar of the parliament with the 36 barrels of gunpowder when the authorities stormed it in the early hours of November 5th, was caught, tortured and executed

On the very night that the Gunpowder Plot was foiled, on November 5th, 1605, bonfires were set alight to celebrate the safety of the King. Since then, November 5th has become known as Bonfire Night. The event is commemorated every year with fireworks and burning effigies of Guy Fawkes on a bonfire.

Some of the English have been known to wonder, in a tongue in cheek kind of way, whether they are celebrating Fawkes' execution or honoring his attempt to do away with the government.

Which do you think?

thebestof Bridgend offer innovative ways to promote local businesses and page rank blogging is just part of that. I love blogging and am always on the look out for local stories and articles. Send them...

Looking for some fun events? Then check these out!

Do you suffer from Hay fever? Then check out these handy tips
Sign up for offers
Sign up for what's on guide
Popular Categories
By clicking 'ACCEPT', you agree to the storing of cookies on your device to enhance site navigation, analyse site usage, and assist in our marketing efforts.
For more information on how we use cookies, please see our Cookie Policy.