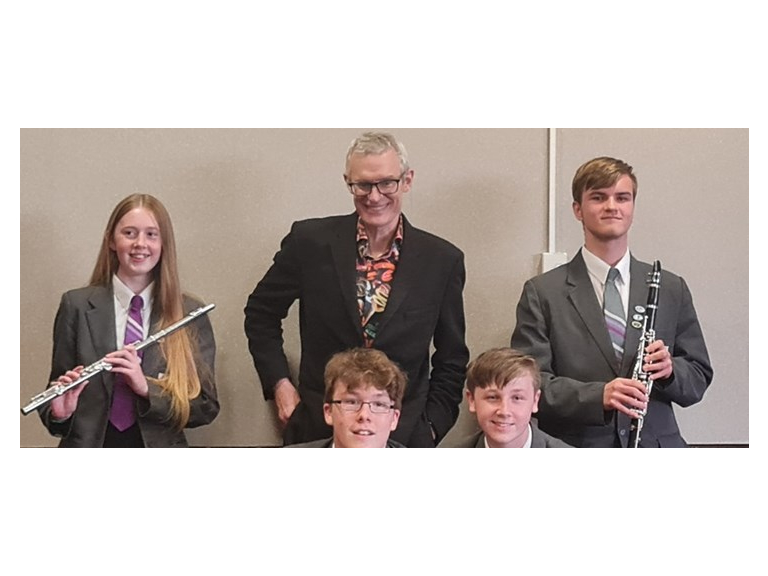 Afterwards the star thanked the quartet from the Reddicap Heath Road school, which is part of the respected Arthur Terry Learning Partnership.

Headteacher Tracey Peters said: “We’re so proud of the students for putting on such a professional performance.

“This is the third time we have played at The Town Hall in the last two years - they played at the Sutton Community Awards, then at the book signing for Michael Portillo and soon they will be performing when MP Jess Phillips holds a book signing there too.”

Mrs Peters said that due to the pandemic, performances by the school’s musicians had been limited last year, with a virtual Christmas concert replacing the usual popular festive event.

“Our students have continued to work hard and practice their musical skills during lockdown,” she said.

“Having the opportunity to perform in public is a chance to showcase their considerable talents and helps builds students’ confidence and resilience. We are pleased to continue to work with Sutton Coldfield Town Hall and support these local events.”

Julie Rennison, Town Hall managing director, said: “Once again we were so impressed by the professionalism and talent of the young John Willmott. They set the scene so well for Jeremy Vine's book signing in the bar and were the perfect warm up for his talk. We look forward to their next visit!”

Mayor appoints region’s first ever cycling and walking commissioner
Sign up for offers
Sign up for what's on guide
Popular Categories
By clicking 'ACCEPT', you agree to the storing of cookies on your device to enhance site navigation, analyse site usage, and assist in our marketing efforts.
For more information on how we use cookies, please see our Cookie Policy.