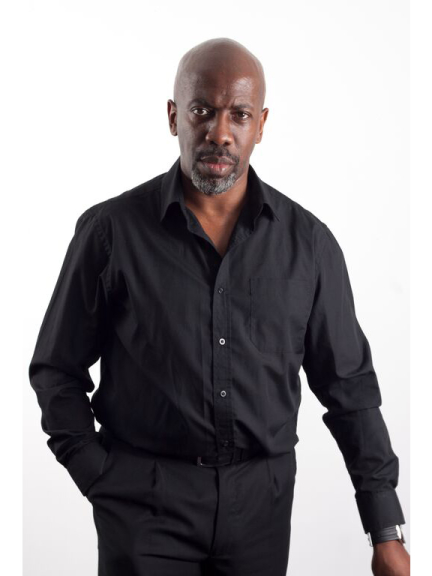 Roy McFarlane recently performed to full capacity at Wolverhampton’s Literature Festival in the Arena Theatre and Central Library.  "I would always come to the Central Library when I was young", he said "and now I’m in Tipton.  My journey follows a black man in the Black Country and finding out that I was adopted".

Roy, who was born in Birmingham of Jamaican parentage, grew up in Wolverhampton and became Poet Laureate of Birmingham.    He is now the Midland and Institute Poet in Residence.  He read from his debut collection, Beginning With Your Last Breath, at Wolverhampton Central Library.  Nine Arches Press published the poetry collection.  The emotionally charged poetry describe how he had found out that he was adopted and how he came to terms with his mother giving him up.  The compositions is poignant, bold and beautifully-crafted with themes of race, music, history and personal narratives that touched upon everything from the "Tebbit Test" to the Black Country - that "place just off the M6".  The audience were captivated with his adroit use of rhythm, rhyme and repetition.  Poems such as The Weight of Knowing questioned everything Roy McFarlane thought he knew about himself after the death of his mother.  To the audience it seemed that Roy wished his words of poetry could take the pain away from his mother’s last breath with the transformative power of love.

In addition to holding the role of Birmingham Poet Laureate and Starbuck’s Poet in Residence, Roy’s writing has appeared in magazines and anthologies including Out of Bounds by Bloodaxe.  Roy is the writer and editor of Celebrate Wha? By Smokestack.

"My mother had become ill again", explained Roy "and she had been fighting cancer for the last 10 years in some shape or form and was resigned to giving up the fight.  She was tired and decided to have no more operations.  I became her carer during this period of time and I was struggling with the inevitable, so I needed a safe haven, which I found in my writing.  The title poem was the elegy created for the funeral service and then became the title poem for the collection."

There is a strong sense of place in Roy McFarlane`s work, especially Wolverhampton and Birmingham.  Roy believes that cities become a sense of belonging where we hang memories on city landmarks or bury history in the landscape.

"Wolverhampton has informed the person I have become", explained Roy  "with family and friends on that map.  Birmingham was the big city to explore when growing up, the metropolis, the place to get lost visiting art and culture.  Birmingham still has that fascination; to be a part of Birmingham is to be a part of what makes it great and at times not so great".

Roy McFarlane read from his second book, The Healing Next Time (also published by Nine Arches Press) at the Arena Theatre with Poets Against Racism.  Roy’s second book is a Poetry Book Society Recommendation chosen by The Guardian as one of the best poetry titles of 2018.  The compositions are of institutionalised racism, deaths in custody and a narrative set against the backdrop of Birmingham at the turn of the new millennium.  Here are poems of Black history and Black presence; here are poems of activism and here are Roy’s poems to remember those who have lost their lives and dignity to prejudice and hatred.  It is within this book that the reader will find Roy’s poems that describe what it means to be Black British.  Within both of Roy’s books is a real political passion and sense of injustice wanting to be heard.

"The turning point in my life", explained Roy, "was the death of Clinton McCurbin who died while being arrested for alleged shoplifting in Next in Wolverhampton.  I was there that day, not sure what was going on, just hearing people saying "they’ve killed another Black man" only to go home and hear it confirmed on the news."

Roy McFarlane was the son of a minister living a middle class existence and working for Wolverhampton City Council.  He was struck dumb by the racism and needless loss life.  He has been a community worker, activist and equalities officer.  "In all of these positions", he said, "and as fully as they were, each role seemed reactive to everything from Stephen Lawrence to Black Lives Matter.  Now I have a wider appreciation for the injustice of a wider community.  We need to do more than just react."

Roy McFarlane believes that the poetry community can stir the water, cause a ripple or a wave, which makes it impossible for a wider community to ignore.  "We have to witness from the ground up our stories,” said Roy.  "Our lives are dictated from those who observe from above but can never fully walk in the shoes, sandals or the bare foot imprint left in the sand to fully appreciate our stories".

Roy is appearing at the prestigious Ledbury Poetry Festival in the Malvern Hills between 5 - 14th July, which is described by The Financial Times "definitely recommended for devotees".  He has come a long way, not only in terms of mileage on the clock but also in terms of his career.  Amongst his many activities were performer in residence for Warwickshire Poetry Voices, a qualified youth and play worker as a Detatched Youth Worker and project manager in Birmingham.  His work as a community worker led Roy into the forefront of anti-racism to deliver and develop anti-racism training across Birmingham with the Birmingham Partnership against Racial Harassment and later for Birmingham City Council.  Roy has developed numerous arts and education packages with tailored workshops to be used in schools, communities and events.

"1I write for the joy and love of it", he said, "the spark that troubles you in the midnight hour, the thought that follows you in a dream, the ache that wakes you up, the inspiration that makes you write on the margins of a newspaper; it’s all part of the reason for writing poetry".