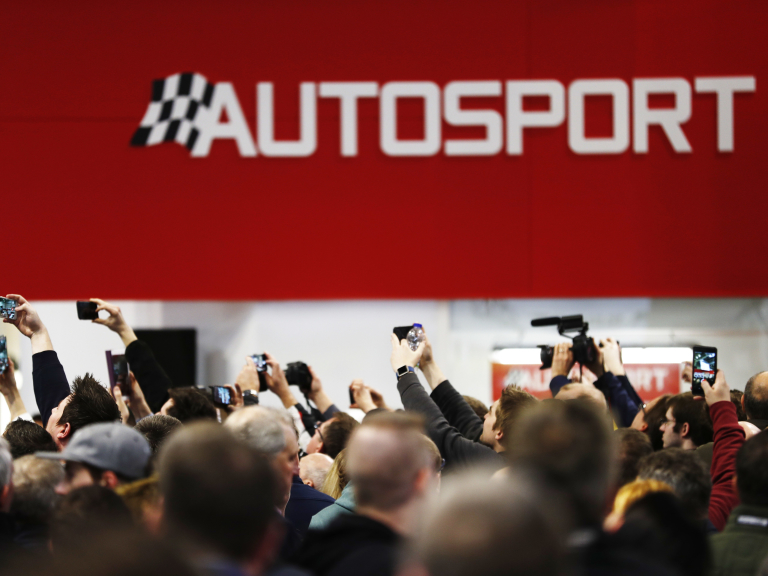 Autosport International has opened its doors for 2019 – and it’s been a spectacular day of unveils already, including the European debut of Porsche’s stunning 935 ‘Moby Dick’ and a number of British Touring Car Championship cars and driver line-ups.

Appearing on the Porsche stand throughout the four-day event, this very special track-only car is inspired by the famous 1970s racer. Revealed a few months ago at the ‘Rennsport Reunion’ event in California, only 77 will ever be built, each packing the same 690bhp, 3.8-litre twin-turbo flat-six and chassis underpinnings of the latest 911 GT2 RS.

BAC announced Pirelli as its official tyre partner, which means its Mono single-seater sports car will run on the P Zero Trofeo R tyre. The British Touring Car Championship (BTCC) announcements ramped up for the new season with Cataclean Racing unveiling its race car, a Mercedes-Benz A-Class run by Ciceley Motorsport and driven by Renault Clio UK Cup graduate, Dan Rowbottom, who will make his BTCC debut this season.

AmD Tuning revealed its new livery for the team’s Honda Civics, which will be raced by Sam Tordoff and Rory Butcher in the 2019 British Touring Car Championship season, while Motorbase Performance revealed Ollie Jackson and Tom Chilton as their drivers for the upcoming season.

The wraps also came off the Series Elite 2019 Jaguar XE SV Project 8 race car. This tantalising championship is a brand-new, one-make race series for over-50s, with each driver grappling with the 600hp, 200mph machine.

F1 fans were in for a treat too, with the presentation of McLaren’s 2018 MCL33 F1 Car on the F1 Racing stand, alongside a full grid of cars from the summit of motorsport.

Ferrari confirmed two new race car activities for 2019 at Autosport International, with the Ferrari Challenge UK series confirmed with four races for this year and the announcement of new Club Competizioni GT track events for owners of Competizioni GT cars from 1989-2018.

It was back-to-back star names over at the Autosport Stage, with appearances from a host of famous faces, including ex-F1 drivers Martin Brundle, Derek Warwick and David Brabham, W Series drivers Jessica Hawkins and Esmee Hawkey and a special appearance from five-time Australian V8 Supercar Championship Series winner, Mark Skaife.

Over in Autosport Engineering, which takes place until Friday 11th January and hosts the world’s leading component suppliers and innovation experts, there were Product Showcase awards recognising the best in the engineering business.

The winner for Innovation was Bcomp (for its Power Ribs), while the Cross Industry Application went to Aero Tec (for its FIA FT5 Safety) and the Vehicle Performance Tuning award was picked up by HP Tuners (for its MPV12). The Safety category was won by Bosch (for its ABS M5 Kit), Lightweighting went to Evo Corse (for the Evo Jack), while Data & Measurement was picked up by Texense (for the Texense IRN8-WS4).

Finally, Manufacturing & Fabrication went to Motordrive Seats (for its MD20 FIA8862 seat), Electronics was collected by Cartek (for its Speed Marshall) and the Energy Efficiency award went to Bosch Motorsport (for its Electric Coolant).

And that’s just the start of the four-day event. Over the course of this weekend, visitors to Autosport International will be able to see and hear from Lando Norris and Carlos Sainz, who will be opening the show on Super Saturday (12th January). Johnny Herbert will be joined by Karun Chandhok on the Autosport Stage on Sunday 13th January.

Saturday also marks the official launch of the WRC and all of the drivers, co-drivers and team principals from the teams competing in 2019 will be at the show. In addition, Hyundai Shell Mobis World Rally Team, Citroën Total Abu Dhabi World Rally Team and M-Sport World Rally Team will all reveal their new cars and liveries to the crowds.

An all-new dedicated and expert global ticketing & travel operation, Motorsport Live, was launched at the show with a feature stand aimed at providing visitors and sports fans with a full racing experience. Motorious.com, the all-new international car collector digital platform, was launched with a host of supercars on display in the Performance and Tuning Car Show.

Tickets are available at www.autosportinternational.com.

Issued for and on behalf of Influence Associates