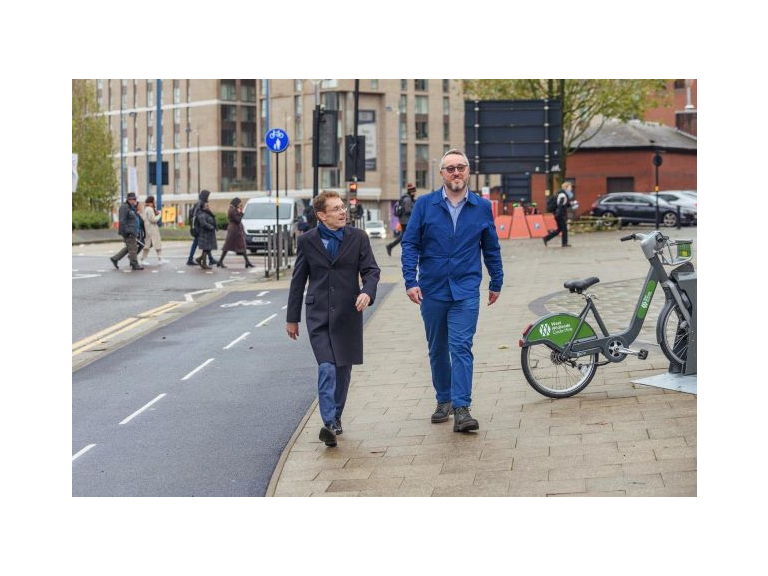 Mayor of the West Midlands Andy Street has appointed a new cycling and walking commissioner to accelerate plans to get more people moving around the region by foot or bike.

Adam Tranter, who has previously volunteered as Bicycle Mayor for Coventry, has taken up the new role after a rigorous recruitment process. The commissioner will support the planning and delivery of the region’s Starley Network of safe cycling and walking routes.

As commissioner he will work with Transport for West Midlands (TfWM), local council partners and the Department for Transport to steer the region’s cycling and walking policies and plans.

The Government has made active travel, the collective term for cycling and walking, a priority for transport investment. Since 2018 the West Midlands has secured £40 million for active travel routes and projects, including the West Midlands Cycle Hire, and the commissioner will be looking to build on that success.

The West Midlands region needs more people cycling and walking in order to reach the WMCA’s aim of improving health and reducing carbon emissions as set out in the region’s #WMCA2041 plan to tackle climate change. In Birmingham, 25% of resident car journeys are under one mile, while three-quarters of people say they would cycle more if there were more safe segregated cycle routes.

Adam, who is Coventry born and bred, said: “I want our region to achieve its active travel potential. We saw during lockdown that vast numbers of people will cycle given the right environment to do it in; our goal has to be giving these people a genuine alternative to using a car for short journeys. We can only do this by building high quality, direct and connected infrastructure.

“Congestion really drags down our region’s health and prosperity; cities that have embraced active travel have been rewarded with better air quality, less carbon emissions and happier citizens. I want the West Midlands to have these rewards too."

He added: “I am also looking forward to meeting and working with communities across the region to give people genuine choice in the way they get around as we strive to make the West Midlands a national leader for cycling and walking.”

Adam, who runs his own communications agency, is stepping down from the voluntary position as Bicycle Mayor for Coventry to take up the new West Midlands-wide role.

The Mayor said: “Adam has an excellent track record of campaigning and lobbying for cycling and walking in Coventry, and I now want to use that expertise to improve our offer across the whole region.

“We have put more funding than ever before into active travel, but we need to go further to make cycling and walking the natural choice for shorter journeys in the West Midlands. Not only is it good for the environment by cutting down on car use and therefore air pollution, but it is also a brilliant and fun way of improving people’s physical and mental health.

“The benefits of cycling and walking are clear, and I know Adam is the right person to help deliver on my promise to put active travel at the heart of our region’s transport plans.”

Cllr Ian Ward, WMCA portfolio lead for transport and leader of Birmingham City Council, added: “Adam is a highly respected advocate for cycling and walking and I look forward to working with him as commissioner.

“This appointment demonstrates clearly that cycling and walking are a crucial part of our plans to achieve our air quality and climate change targets as well as improving the health of the region.”

Investment in active travel is a key part of the WMCA’s aim of improving health and reducing carbon emissions as set out in the region’s #WMCA2041 plan to tackle climate change.