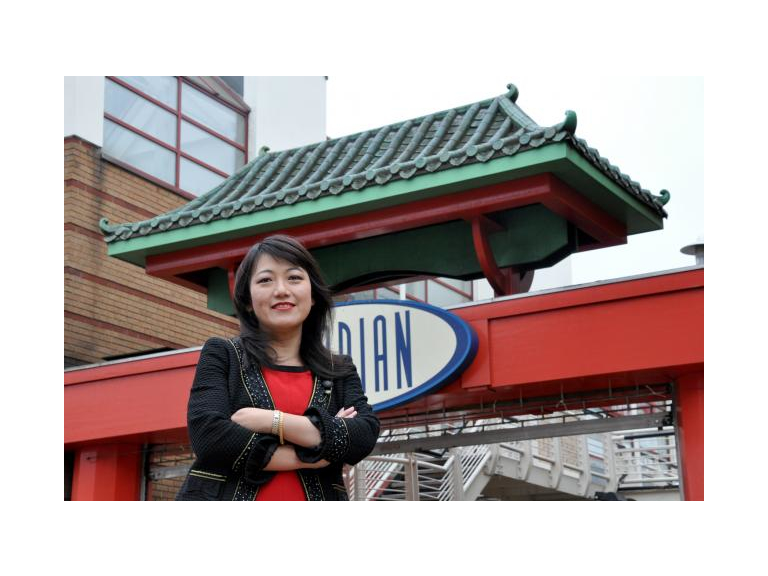 The UK has unveiled its Post Brexit European Union citizen settlement scheme.  It’s an online fast-track registration process for those wanting to stay in the UK, with decisions on applications to remain in the country reduced from 6 months to a matter of days.

The Home Secretary Sajid Javid has said that the UK Government would do everything to prevent another scandal like that around the Windrush generation.  "A number of mistakes were made", he said when the settlement scheme was unveiled in June 2018.  "There were clearly people from the Windrush generation that were badly treated.  We want to make sure we have learned all the lessons from that".

There is no better time than now to create a truly United Kingdom for all of us here in this country.  The year 2018 is the 70th anniversary of the arrival of the Empire Windrush, the 50th anniversary of Enoch Powell`s odious "Rivers of Blood" speech and the 25th anniversary of the murder of Stephen Lawrence. As Martin Luther King Jr held:  "Injustice anywhere is a threat to justice everywhere".  How will the Government’s proposals bring our multi-cultural society together in a Britain ill at ease with matters of race and migration to eliminate the boundaries of intolerance and discrimination?

(1) Article 50, White Paper & Immigration Document
On 29th March 2017 the UK Government served formal notice under Article 50 of the Treaty on European Union to terminate the UK`s membership of the European Union ("EU").  On 26th June 2017 the government published a White Paper setting out its proposals for the status and rights of EU citizens in the UK after Brexit in the expectation that the EU would offer reciprocal treatment for UK national residents in its member states.  The proposals were made with reference to the "cut off" date between the service of Article 50 (29th March 2017) and the date the UK actually exits the EU.  On 5th September 2017 the Home Office Post Brexit Immigration Document expanded on the White paper and provided the clearest indication of the Government`s policy towards EU nationals and their EU and non-EU family members.

(2) New Settlement Status Scheme
In June 2018 the Home Office published details of the new settled status scheme for the approx. 3.8 million EU citizens  currently living in the UK.  The Home Office has promised that the application process will be short, simple and user friendly with the default position of accepting rather than rejecting applications.  "Our default position will be to grant status", Sajid Javid told the Lords EU Justice Sub-Committee.  "We will be looking to grant status as quickly as we can.  We will not be looking for excuses at all to not grant status".

The steps to a successful settlement scheme application are:
(1) A digital application form
(2) Fee of £65 or £32.50 for children
(3) Proof of identity and nationality
(4) A photo

Further requirements to satisfy the settlement scheme are proof of eligibility, namely whether a EU citizen is a resident in the UK (or if they are a family member of a EU citizen) and proof of suitability, namely a criminal background check to ensure the person is not a threat to public security.  The Home Office will automatically check Revenues and Customs plus the Department of Work and Pensions’ records for proof of residency.  Anyone with a jail sentence of more than 12 months is at risk of being rejected.  Checks on the police national database will be automatic.

The scheme opened on a phased basis in the autumn of 2018 and applications can be made online or on smart phones.  EU citizens will be issued with an ID number for public services such as the NHS, employment and property rental checks.  The Home Office is promising "human" contact for anyone who needs help with home visits offered by 1,500 staff including caseworkers to people who are home-bound or in residential care. Carers, stay-at-home parents, retired people and students are eligible for settled status with no proof of income.  Irish citizens will have to provide proof of residency if they have non-EU spouses who want to remain in the UK.

The system will be fully operational by 30th March 2019.  It will remain open for 2.5 years with EU citizens who arrive in the UK eligible to apply right up until the end of December 2020 which is the end of the implementation period when the UK leaves the EU.  The rights of EU citizens and their families living in the UK will not change until 1st January 2021 and they have until 30th June 2021 to make an application for status under the scheme.  From 1st July 2021 EU citizens and their family members in the UK must hold or have applied for UK immigration status to be in the UK legally.

The official date of withdrawal (29th March 2019) is not the deadline for accruing the 5 years needed for permanent residency.  If EU citizens and their families have been continuously resident in the UK for 5 years by 31st December 2020 - the end of the Brexit implementation period - then they will be able to apply for settled status.  This is equivalent to permanent residency after the implementation period ends.    The new status will also be considered a route to British citizenship.

(3) The Future?
The future will probably see a greater control of EU immigration but this will need to be balanced against maintaining trade links with Europe and the potential impact on migrants from other important trading partners outside the EU such as the USA, China and India.  As many UK businesses depend on having a wide pool of labour and talent this is likely to become an issue.  There has also been concerns raised that EU migration is currently the only route for "low skilled" migration into the UK.  This has resulted in labour shortages and difficulties recruiting workers in a number of sectors such as agriculture.  The Federation of Small Businesses has also warned the UK Government of the issue of the cost of the settlement scheme for low income EU workers.  They have warned the Government that the process must be affordable for all to ensure workforces were not stripped of their EU employees.

(4) What Do Businesses Need to be Doing?
(a) Employers need to audit their workforce as soon as possible in the UK and EU and identify which employees may be impacted by post Brexit immigration regimes.  Businesses need to be prepared to respond swiftly to developments and have up-to-date and accurate intelligence regarding their employees.
(b) It is possible that UK employees working in the EU and EU nationals working in the UK may be eligible for dual citizenship.  This would ensure freedom of movement following Brexit and preserve working rights.  At Ian Henery Solicitors we can also assist with undertaking an immigration audit and with any residency and citizenship application. We can advise on any immigration applications that could be made now ahead of Brexit.
(c) Brexit has given rise to a number of reported incidents of racial harassment and EU nationals have reported being made to feel unwelcome and vulnerable. It is possible employers will have received grievances and claims based on incidents within the workplace. Harassment and anti-bullying policies should be reviewed and diversity training should be considered to mitigate against such claims arising.
(d) There are reports of businesses losing contracts as a result of the uncertainty over the future and redundancies as a result.  Financial institutions are already relocating their staff from the UK to other EU jurisdictions.  Employers should have redundancy policies which are up-to-date and be familiar with European working arrangements in preparation for any restructuring proposals which may arise.