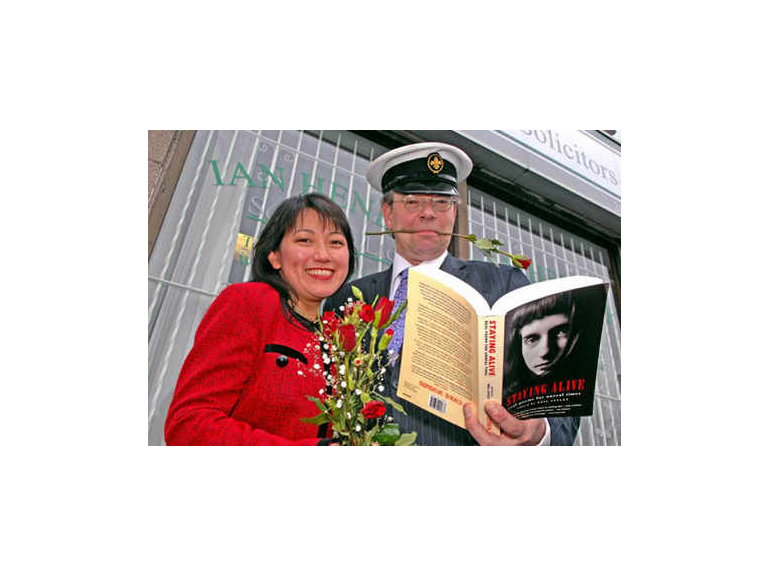 "Whoever loved that loved not at first sight" is a line spoken by the shepherdess Phebe when she falls in love with Rosalind in her disguise as Ganymede in Christopher Marlowe`s play Hero & Leander.

Marlowe`s words were quoted by his contemporary, William Shakespeare, in his play As You Like It.  The line, for Marlowe, discusses the influence of fate on life`s choices and became a regular theme in Shakespeare`s plays.  Marlowe`s work was more widely celebrated at the time and greatly influenced Shakespeare`s compositions.

On this Valentine`s Day is Phebe correct?  Is there such a thing as love at first sight?  All of the lovers in Shakespeare`s As You Like It fall in love at first sight: Rosalind is smitten with Orlando when she sees him wrestling, Touchstone falls for Audrey the shepherdess and Celia and Oliver also succumb to that strange infliction of instant infatuation.  Was it the atmosphere of Stratford-upon-Avon or is love truly in the air on Valentines`s Day?

"Some people believe that true love is written in the stars", said solicitor and Sutton Coldfield Scout Leader Ian Henery "and that fate overwhelms free will.  On Valentine`s Day we believe that destiny has thrown lovers together and our souls recognise a kindred spirit long before logic has processed the message from our hearts.  It is useless to struggle, useless to resist: we must surrender to love`s intoxication".

Ian Henery is also a poet and a playwright and he has been commissioned to write a trilogy of plays entitled "Home" for China West Midlands 2020 (chinawestmidlands.com) which is aimed at deeper understanding, greater collaboration and mutual prosperity between China and the West Midlands.  The Mayor of the West Midlands, Andy Street, has endorsed the project which aims to strengthen connections with China in business, education, culture, the arts and sport.

The first play in Ian`s trilogy is based on the Chinese Labour Corps who travelled half way around the world to serve Great Britain and it`s allies in the First World War.  Between 1917 - 1920 it is estimated that 140,000 Chinese civilian labourers served in France and Belgium and 20,000 of them died.  Their contribution has been whitewashed from history.

"I was humbled to be commissioned to write the trilogy" said Ian "because I was very much aware that I needed to b ring back to life the humanity and names of these brave Chinese pioneers for the 21st Century.  It is an opportunity for the men of the Chinese Labour Corps to be remembered".

Ian`s first play is currently in rehearsals with Searchlight Theatre and the students of Stagecoach Performing Arts in Sutton Coldfield.  In one of the scenes a Chinese labourer falls in love with a British nurse from Birmingham.  The inspiration in writing the play came from Christopher Marlowe and William Shakespeare.

"The play, Hero and Leander" said Ian "by Christopher Marlowe was based on the work of the 6th Century poet Musaeus.  The story is much older and is based on Greek myth.  The composition is one of iconic separated lovers, full of mythological Roman references and all of it would have been meaningful to an English Elizabethan audience.  It was written in the last year of Marlowe`s life, 1593, and I wanted to transpose that into a setting of the West Midlands for  the purposes of cultural and business connections with China in the 21st Century".

The year 1593 was a plague year and London`s theatres were closed.  Marlowe could no longer write for the stage.  Poetry was Marlowe`s only creative outlet. "It was a dark time for Marlowe", explained Ian "and the compositions dealt with tragic subjects but his work was full of lightness, love and wonder at the beauty of the world.  This is what I wanted to capture between a Chinese labourer on the Western Front in 1917 and a British nurse from Birmingham".

Ian Henery gave a preview of the poem during the Opening Ceremony of the Wolverhampton Literature Festival on 1st February in the Arena Theatre.

Love At First Sight (for Sim)

When we fall in love, it`s a mystery

What happens to our hearts with just a glance.

Once in a lifetime this drama takes place,

The theatre of love - the stage has been set:

A stranger, an encounter and a face

Combine for a scene we never forget.

The most beautiful memory of all

And, when we`re old and grey then let us recall