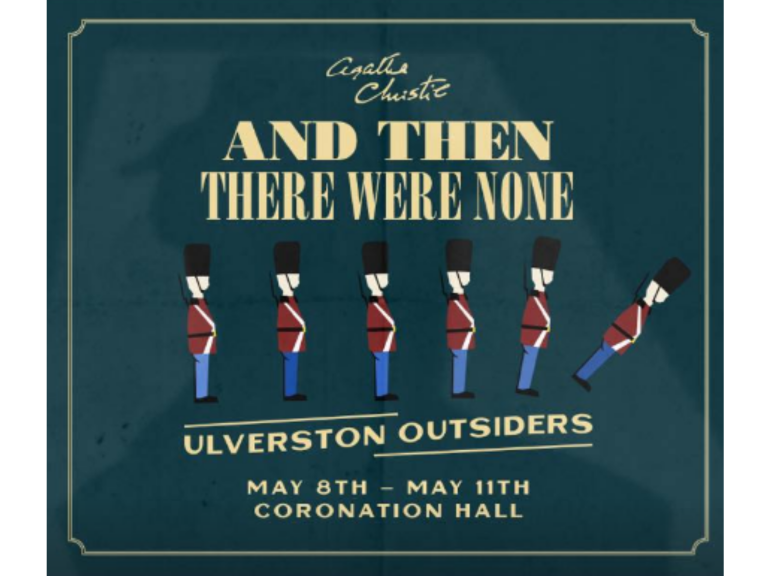 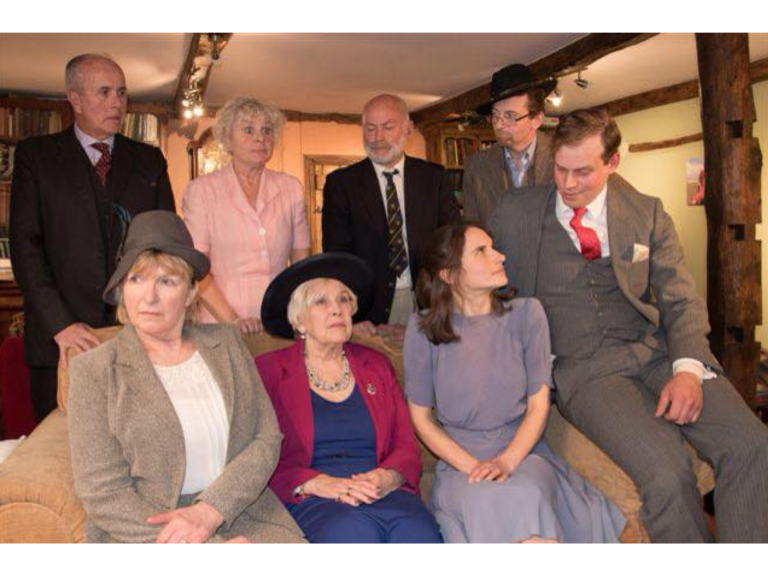 I’ve been fortunate enough to have been asked to review the Outsider’s two previous productions: Bedroom Farce and The 39 Steps, so when I was asked to sit in on a rehearsal for their latest offering – Agatha Christies tour de force ‘And Then There Were None’ - I jumped at the chance!

Eight strangers are invited to Soldier Island by the elusive Mr. and Mrs. U. N. Owen.  Upon arrival, the guests are met by the mysterious butler and housekeeper, Mr. and Mrs. Rogers, with assurances that the hosts will be arriving the next day.

That evening, a seemingly disembodied voice accuses each of the ten strangers of a specific murder.  Shortly afterwards, one guest chokes to death in front of everyone.  Was it an accident?  Or something more sinister?  Either way, it’s just the first death of many.

As the hours tick by with no help from the mainland and the death toll quickly rising, it becomes clear to the survivors that there is a murderer among them.  One bent on enacting their own form of justice for the skeletons in the strangers’ closets.  The events take a sickening turn when the survivors realise that each death is being orchestrated to match a mysterious rhyme that is framed above the mantelpiece.

I’m a big lover of the murder mystery, so when news of the Outsiders latest production was announced it’s fair to say that I was more than a little bit excited.

The rehearsal took place on Sunday night at The Quaker Barn and I was met by Director Duncan Lindsay. The Outsiders are a great bunch, they always make you feel welcome, and I settled in, ready for the performance.

It’s evident from the start that this production is going to be something special. From the delivery of  lines, the timing, the positioning of the cast, the interactions, the use of the props (limited as they are at The Quaker Barn),  made the characters come to life, making the whole performance very believable.

For the next couple of hours I was transported from the Quaker Barn at Swarthmoor to the isolated mansion on Soldier Island – testament to the skill of the talented ensemble.

A brief interval and a well- deserved cuppa gave the cast and director the opportunity to discuss what went well and what could be fine -tuned. Yes there was the odd moment when the start of a line was forgotten or a word or two out of place - but to be honest I was too engrossed to be bothered by that, and such is the professionalism of this group that come opening night on Wednesday 8th May, those little blips will be ironed out – that’s what rehearsals are for.

Opening night can’t come soon enough for me! It will be fascinating to see how the production will look on stage at The Coronation Hall, and if the set design is half as mesmerising as the tension, atmosphere, passion and emotion that the cast bring to the performance then we’re all in for a real treat.

The play will be performed at The Coronation Hall from Wednesday 8th May 2019 through to Saturday 11th May, inclusive.

The Cast are as follows:

Fudstock – Back for 2021, bigger and more fun filled than ever!
Sign up for offers
Sign up for what's on guide
Become an author
Popular Categories
We use cookies and similar technologies to improve and personalise your user experience, deliver add personalisation tailored to your interests on third party platforms and analyse our web traffic. Click 'ACCEPT' if you would like to allow all cookies. For more information on how we use cookies, please see our Cookie Policy. Learn More