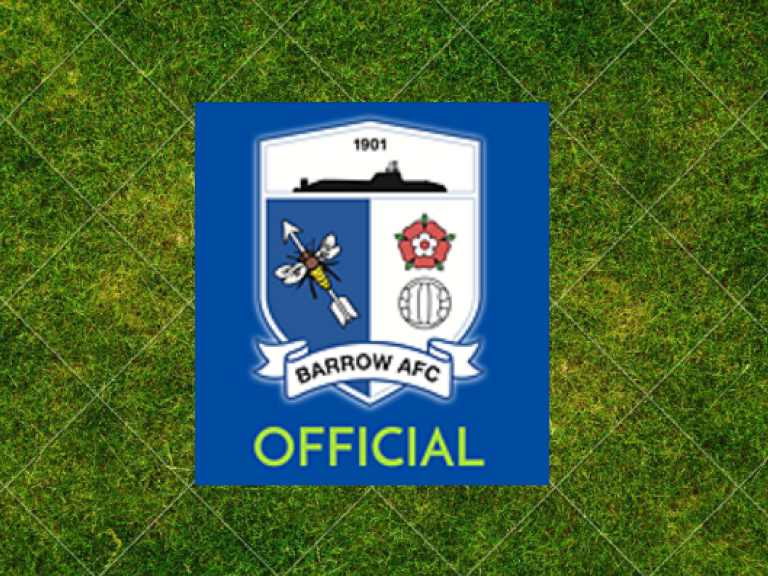 Here at thebestof Barrow and  Furness we love promoting and lending our support to the best that Furness has to offer; be it charities, businesses or sports clubs.

That’s why we are proud to be sponsoring Barrow AFC for the upcoming 2016/2017 season.

The football club is the heart of the community, with a proud heritage and a loyal (and steadily growing) fan base.  It’s also a club with big ambitions, ambitions that we heard all about last week.

Last Friday night we attended their Sponsors evening which was held at the Cross Bar overlooking the pitch (which, it has to be said, looks in fantastic condition). Having never sponsored the football club before, we were unsure about how many people would be there and what the evening had in store – we needn’t have worried!

It was a wonderful night, with lots of highlights (some of which I’ll come to in a moment), but for us the most impressive sight was the number of businesses that lend their support to the club. We didn’t fully appreciate just how many business owners sponsor the club, it was great to meet some of them and find out how they help support the bluebirds.

I was lucky enough to sit next to Elliot Newby during the event. Elliot is currently the only Barrow based player in the team, and during the buffet (which was delicious) we had a chance to talk to him about his time at the club and his hopes for next season.  When you mention the word footballer, to many it conjures up overpaid, spoilt prima donnas with no intelligence. You can’t say that about the Barrow AFC lads. Elliot and his team mates put the professional into professional football.

The interviews with experienced players such as Ross Hannah and Danny Livesey and manager Paul Cox were fantastic. Yes there was plenty of laughter and a good bit of banter, but you got the sense that they all mean business, and are really looking forward to the start of the 2016/2017 season (which gets under way on the 6th August)

The players left the ground at about 9.30pm (they had a match against a Nottingham Forest XI the next day) leaving the sponsors to enjoy the incredible live music performed by The Flying Cascaro Brothers. It was a great end to a superb night.

We left around 10.30pm, but the music was still in full swing with many people still laughing and dancing the night away. Hats off to Emma Athersmith and her team for arranging this wonderful night of entertainment, it was fabulous.

There are still opportunities to support Barrow AFC by sponsoring the club in a variety of ways. For more details visit http://barrowafc.com/ and get behind the bluebirds this season!