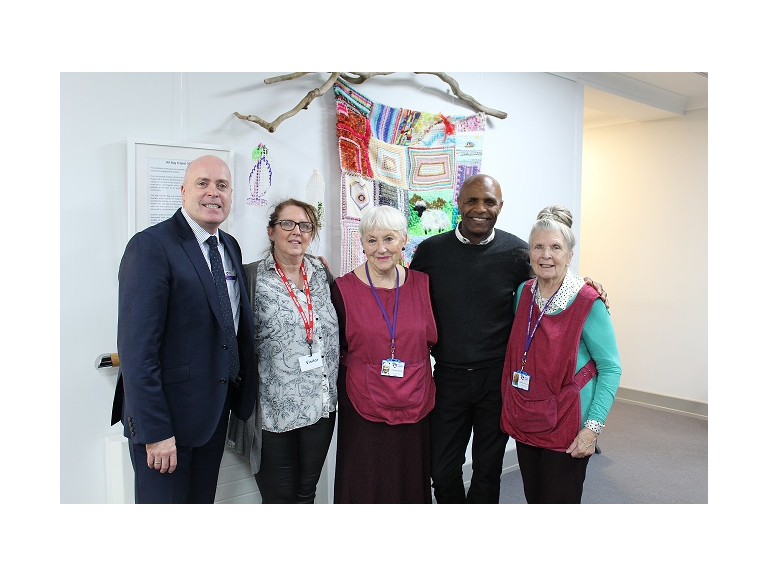 Today, 23rd December 2019, Peace Hospice Care are pleased and proud to announce that local footballing legend Luther Blissett, has become a Patron of the charity. Luther Blissett, or Luther as he is known is Watford FC’s record holding goal scorer and prestigious Golden Boot winner, and a former England International.

In the role Luther will act as an ambassador for the charity helping to raise awareness in the local community, including highlighting the care and support the charity provides to individuals and their families facing life-limiting illnesses.

Declan Carroll, Chief Executive of Peace Hospice Care, speaking about the appointment said: “We’re very excited that Luther has become a Patron. He’s a high profile and respected sports personality and, as a former local Watford FC player, Peace Hospice Care has been very much a part of his history with the club   We are extremely grateful for his support which we know will help many more people become aware of our work and the difference it makes.”

Luther became known locally as “Watford’s favourite son”, rising to fame during the era of the club’s Manager, Graham Taylor OBE, who was a Peace Hospice Care Patron until his sad passing in 2017.

Luther Blissett said: “Graham brought us up to put fans first and I still try to follow that community tradition for the people of Watford as an unofficial Club ambassador. If I can help fans and the people of Watford to see how comforting and positive Hospice Care can be to a loved one and the difference such support makes to them then I will be very pleased. I am really proud to have been asked to follow in Graham’s footsteps for the Charity.”

Luther is one of seven patrons who currently support the charity, they are: