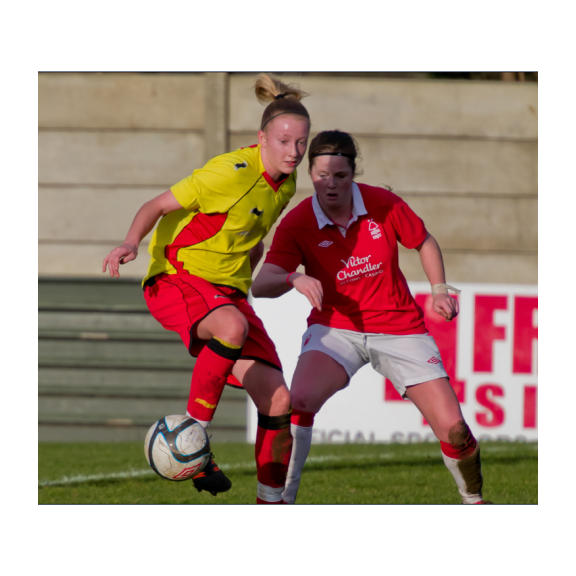 Watford Ladies secured a 2-0 victory away at Coventry city as they leapfrogged them into 3rd place! In the first half Watford got up to a lively start and pegged the hosts back into their own half right from kick off and for the first 10 minutes. Subsequently Josie Green, Sarah Wiltshire, Emma Beckett and Jo Wilson kept up the pressure on Coventry with several near misses until Wiltshire scored the first goal from a corner kick. Coventry raised their game as the half wore on but Watford's defence held strong and although Coventry had a few attempts at goal none were successful. Watford were the quickest to get into their stride in the second half and within 4 minutes they had doubled the lead. Natkiel managed to get the ball down the right flank and Green put the ball into the back of the net. After this Watford dominated the game and ensured that Coventry had to work very hard to create chances to score - but none were successful. With four minutes to go to the final whistle Coventry at last had a real chance to score but Watford's defence was just too skilled. Job well done!