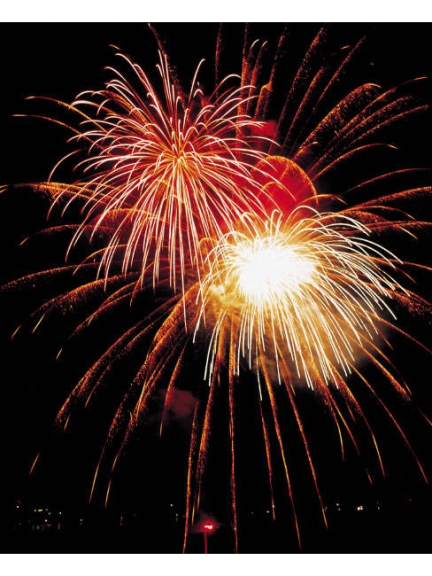 It was early in November on a cool, clear night, filled with anticipation, doughnuts and candyfloss. We gathered around the southern side of the lake to await the start of this year’s bonfire and fireworks display; and it promised to be a good one. Others had arrived before us as small groups formed around the edge of the lake; some standing some sitting, but all adding to the air of expectancy beginning to form.

The ducks and swans, probably out of curiosity or the chance of food, drifted to the waters edge to join the still growing crowd. The night air bubbled with voices, chatter and laughter as the events of the evening so far were recalled and relived. Children ran between the huddles, some wearing neon tubes around their heads, like fireflies racing through a human jungle.

Beyond this lively scene, the lake remained still. It rippled silently, darkly, seemingly unaware of the dramatic events that would soon changes its very appearance. A picture of peace would suddenly be replaced by the brush strokes of a crazy genius, dancing his way across his darkened canvas.

Somewhere, far out near the middle of the lake the music began, the 1812 Overture gradually reached our waiting ears. The ducks became agitated as strobe lights flashed a ghostly white against the trees on the far side of the lake. Perhaps this in itself had unsettled them, or maybe it had provoked memories of last year.

By this time the small groups had merged into one as each person tried to find the best place to stand and see. All that could be heard was the full force of Tchaikovsky’s classic and then at a crescendo in the piece, the fireworks began.

Shooting stars filled the night sky, accompanied by explosions and smoke, the water fowl bolted from the lake, almost as if fuelled themselves by some dynamic charge. They were joined by their startled cousins in the surrounding trees, rudely awakened from recently settled perches. There were gasps from the watching throng, as the lights reached higher and brighter, stretching across the now illuminated lake. The music rushed us through the show keeping in perfect time with the works of fire above us. Flashes of colour, from purple to green accompanied by whizzes, fizzes, whines and bangs. I’m not quite sure how long it continued but all of a sudden, whilst still lost in the music and the spectacle of it all; both reached a dramatic end. Then, very slowly, the moment dawned on all who stood watching that we were once again standing at a dark lakes’ edge on a cool, still November night.

All was as it had started; only the ducks and swans were missing. Groups of people once more formed as they dispersed from the scene. Talk of favourite parts and the naming of the tunes were the only sounds then to be heard. Someone had commented, ‘it wasn’t as good as last year;’ I wondered if the birds would have agreed.