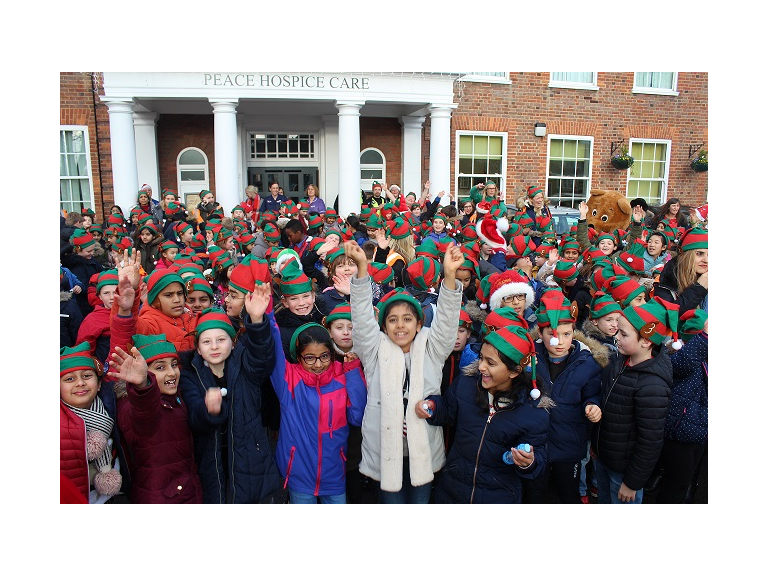 Over £2,400 has been raised by Cassiobury Junior School as a result of the pupils taking part in Peace Hospice Care’s charity fundraiser Elf Walk.  360 pupils walked from the school to the Hospice for the Elf Walk to show support for the charity on Friday 13th December. The children were dressed in Christmas Jumpers, outfits and Elf hats.

The Elf Walk is a new fundraising event created by Peace Hospice Care to encourage primary school pupils and teachers to get fit and raise money for the charity.  Fifteen local schools signed up to do the Elf Run this year.

Declan Carroll, Chief Executive of Peace Hospice Care, said: “We are so grateful to Cassiobury Junior School for the effort they have put into fundraising for us this year.  We feel so privileged to have such support and their visit to us here at the Hospice was really moving. We are also grateful to all the schools that have taken part in our Elf Run, their support makes a huge difference to the patients we support as well as their families.”

Jenny Sherry, Headteacher of Cassiobury Junior School, said: “We were delighted and proud to support such a local charity that has supported so many people in our local community. Christmas is a time for giving, and this is a way for our children to give back.”