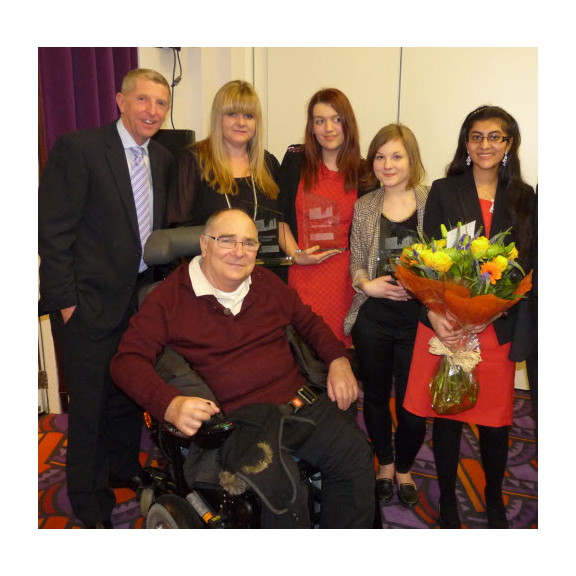 The challenge - 12 teams of Year 12 students from local schools tasked with turning £100 of seed capital into £1000 + for a nominated local charity. Each team was mentored by a local successful business person – their “Dragon” and between them managed to raise a staggering £23,000 +

Each of the teams had to work their socks off to raise as much as they could while also working hard to keep up with their school work and exams. Competition to raise money for the local charities was intense and everyone had to wait for the awards evening at The Colosseum in Watford on 27th March before the winning team could be announced.

In a fabulous evening hosted by an array of local dignitaries and ambassadors of Watford business, including Elected Mayor Dorothy Thornhill MBE, Master of Ceremonies Julie Howell and W3RT Chief Executive Bob Jones, plus of course the Dragons and Super Dragons, who were to judge the teams, the assembled teams themselves and their supporters. The atmosphere was tense but soon excited applause and cheers were ringing around The Colosseum as the results for each team were announced. Every team did amazingly well, generating some great fundraising ideas and delivering superb results for their allotted charity. Eight awards were presented during the course of the evening and several of the teams came up on stage to make short presentations.

But which of them would be win the coveted “Overall Winner” Award presented by the assembled Super Dragons – Roger Gagan, Julie Howell, Bob Jones and Chris Pichon?

The audience was held in suspense for several minutes until the result finally emerged; overall winners were Team Innovation from Queens School, mentored by local Dragon Alan Brooks from Clements.

Innovation raised a staggering £5,084.95 for local charity DRUM and won the award for superb effort, enthusiasm and business acumen, working well as a team and engaging with the local community. The money was raised through a variety of activities including cake stalls, sponsored car wash, charity gig at The Town & Country Club, presentations to local business organisations and the sale of Christmas cards and calendars using original artwork from DRUM member Darren Latham.