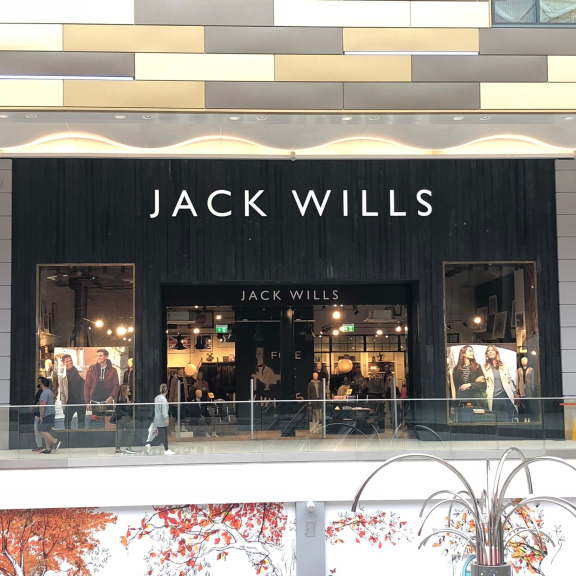 Jack Wills is the first retailer to open after the launch of Debenhams, which saw hundreds of people queue from as early as 4am to be the first through the doors. Over the coming months, visitors to Watford will see a flurry of shops and restaurant openings, as well as the much-anticipated launch of an IMAX Cineworld and Hollywood Bowl in December.

“Jack Wills is a fantastic addition to the centre that has a strong appeal to our young fashion-conscious shopper due to its high-quality fashion range,” says Vicki Costello, general manager at intu Watford. “Shoppers will start to see more stores and restaurants open over the next few weeks making Watford town centre an even more attractive leisure experience.”

H&M and Superdry have confirmed they will open on Thursday 18October. In total, 13 new retailers, 11 new restaurants and leisure facilities are lined up to open in the £180m development. Other names confirmed are New Look, G-Star, The Florist, TGI Friday, Las Iguanas, and YO! Sushi.