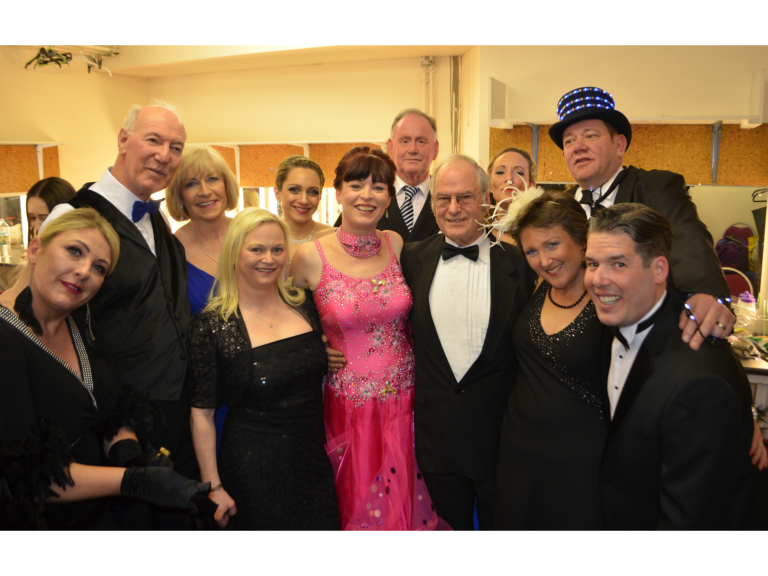 Peace Hospice Care’s 2017 dance competition, Strictly Come Hospice, has this year smashed its fundraising target, raising over £23,500 so far thanks to participants, those who came to watch and extra funds being pledged by Warner Bros. Studios Leavesden on the night.

The competition saw 18 couples take part in seven weeks of dance lessons from professional dancers from Paul Alex dance studios.  Their efforts culminated in a finale held on Friday 17thMarch, at the Watersmeet Theatre in Rickmansworth, where couples performed the Waltz and the Jive in front of an audience of 500 people.

Chris and Lizzi Luff were crowned overall Strictly Come Hospice 2017 champions.  It’s the second year in a row that the couple have taken part in the competition.  Speaking about the experience, Chris said: “It’s been amazing - to be with such a great group of people who are so committed to raising vital funds for Peace Hospice Care.  We’ve all had a great time and I think we’ll never forget this experience.”

The competition was given an extra fundraising boost by Dan Dark, Senior Vice President and Managing Director at Warner Bros. Studios Leavesden, who was on the judging panel.  On the night, Dan pledged additional funds by buying the leather jacket used by contestant David Hibbert who performed a ‘Grease’ themed Jive with his partner Emma Jackson.  Dan also pledged funds on the night to boost sponsorship secured.

Declan Carroll, CEO of Peace Hospice Care, said: “Well done, and thank you, to everyone who took part as well as to those who sponsored them and came along to support.  Thank you too to our judges and to Dan Dark for pledging extra funds on the night.  We can only do the work we do at Peace Hospice Care because of the heartfelt support that we get from the local community.”

For more information about Peace Hospice Care and their fundraising events please visit:www.peacehospicecare.org.uk or call: 01923 330 330.