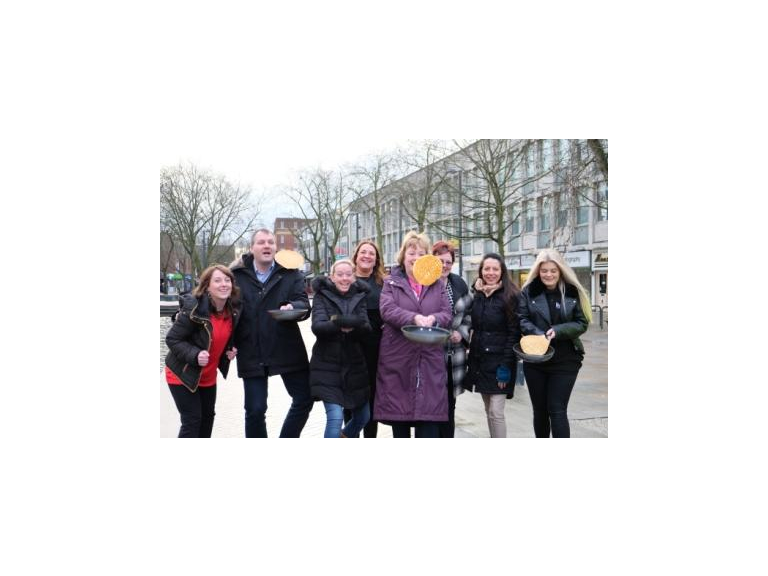 Everyone is invited to take part in an epic pancake race around the pond in Watford as the town launches its first ever pancake race on Shrove Tuesday.

Relay teams of four will race each other around the pond on The Parade while tossing pancakes. The winning team will get a trophy to keep for a year and free membership of high-tech Watford driving range Topgolf for a year for each team member.

There’s an early bird discount on at the moment – you can enter a team for £40, or £10 each, until the end of the day on Wednesday next week. After that, the price goes up to £60 per team.

Money raised from the event will be distributed between good causes in the area by the Watford and Three Rivers Trust (W3RT) Community Fund. Any voluntary or community group can bid for cash from the Community Fund pot – launched last year – for projects ranging from repairing football nets to helping the elderly. W3RT – first launched in 1974 under the name Watford Council for Voluntary Service – is still funded by the council today.

Elected Mayor of Watford Dorothy Thornhill said: "There are more than 500 charities and voluntary community groups in Watford, and you can help them by having fun with some pancakes. This pancake race will leave a legacy for Watford's community and voluntary organisations, who are increasingly struggling to find funding in the current climate. So get your team together and get ready to toss those pancakes for local good causes!"

W3RT Chief Executive Officer Bob Jones said: "West Herts College will be providing the pancakes – just bring a frying pan and prepare to have fun while giving something back to the community. The frying pan will be our relay baton. We may not be the Olympics, but this epic challenge will bring lots of fun to workmates, sports club members and other chummy foursomes across the area."