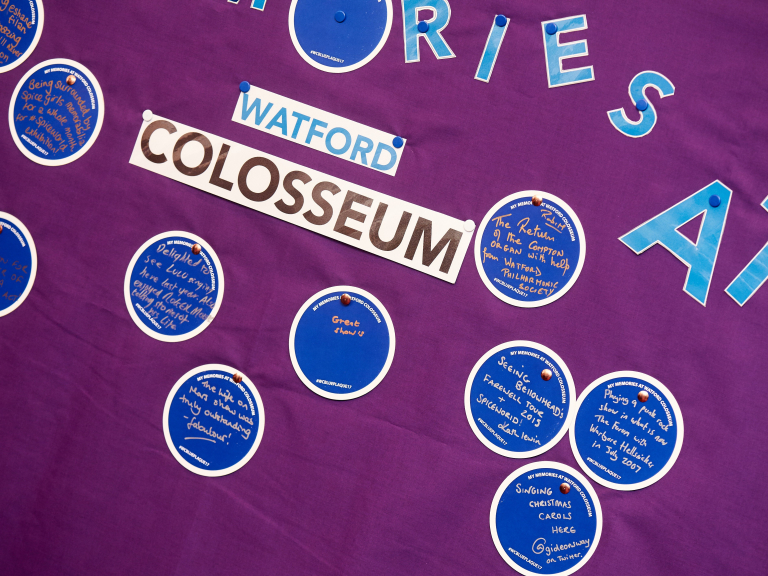 As part of BBC Music Day today, BBC Local Radio stations in England teamed up with the British Plaque Trust to announce 47 historic Blue Plaques celebrating iconic musicians and venues. Watford Colosseum was the popular choice for BBC Three Counties in the Watford area, nominated by listeners, shortlisted by a local panel of experts and then selected by the national panel.

Mayor Thornhill shared her memories of the Colosseum including the importance of the community events hosted there and the fun of being able to watch as The Lord of the Rings soundtrack was recorded. She said: We’ve always known Watford Colosseum’s acoustics were world class, as shown by the number of important recordings done here – famous film soundtracks and wonderful classical music.

“Being able to pop in and watch the orchestra recording for The Lord of the Rings really brought that to life for me and made me appreciate its significance.

“So when it came to the refurbishment, working with HQ theatres to ensure the acoustics were protected, even as we made sure it was a venue fit for the 21st century, became even more important and that’s why we have the outstanding venue we have today.”

BBC Three Counties Radio broadcast live from the Colosseum in the afternoon, interviewing the Mayor, members of staff, local business people and Colosseum aficionados to learn more about its place in Watford’s history.

Attendees shared their memories as well including a wonderful story from a volunteer who met her husband at the Colosseum more than 50 years ago and still volunteers there today.