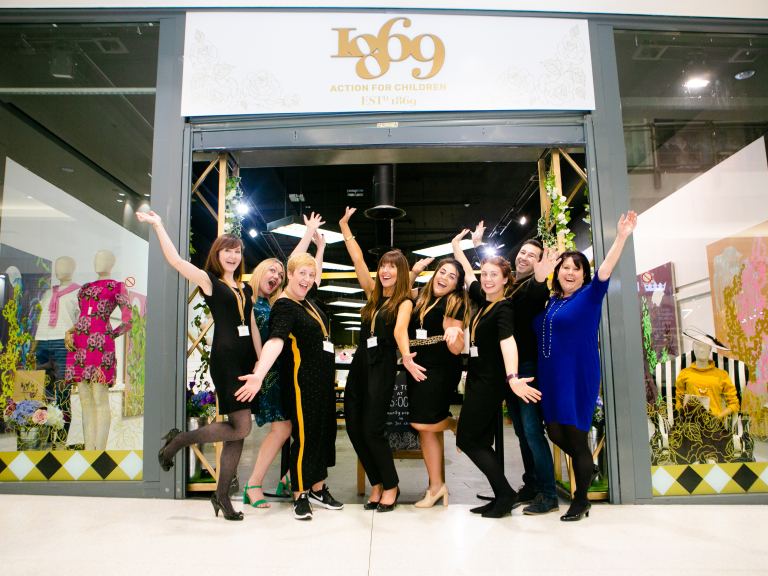 The store, called ‘1869’ after the year the charity was founded, was opened by TV presenter and Action for Children retail ambassador Anthea Turner on 21 February in February and has made an impressive £45,000 in sales in a matter of weeks.

Stocking new, sample or store second items from a variety of retailers, the specially designed pop-up has been a hit with shoppers who have praised the store for its stylish, high end stock and eco credentials as it saved tonnes of clothing from landfill.

Vicki Costello, general manager at intu Watford, said: “We will be sad to see 1869 go as it’s a great store – but it’s because they have done so well. We’re happy to have played a small part in raising a massive £45,000 since February for this worthy cause.”

The charity helps vulnerable children across the UK by intervening early to stop neglect and abuse, helping with fostering and adoption, supporting disabled children, and by campaigning tirelessly to make life better for children and families.

Lisa Nicholson, Senior Retail and Partnerships Manager at Action for Children, said: “We’ve had a great time at intu Watford and the store has been a real success, with brilliant sales and fun events. Every single purchase has gone towards helping vulnerable children and families who are often in desperate situations. The incredible generosity of intu Watford shoppers will make such a huge difference to the people that Action for Children help all across the UK.”

For more information about Action for Children visit www.actionforchildren.org.uk

or find out more about intu Watford at www.intu.co.uk/watford

Over £1,600 Raised for Peace Hospice Care by Inpatient Unit nurse
Sign up for offers
Sign up for what's on guide
Popular Categories