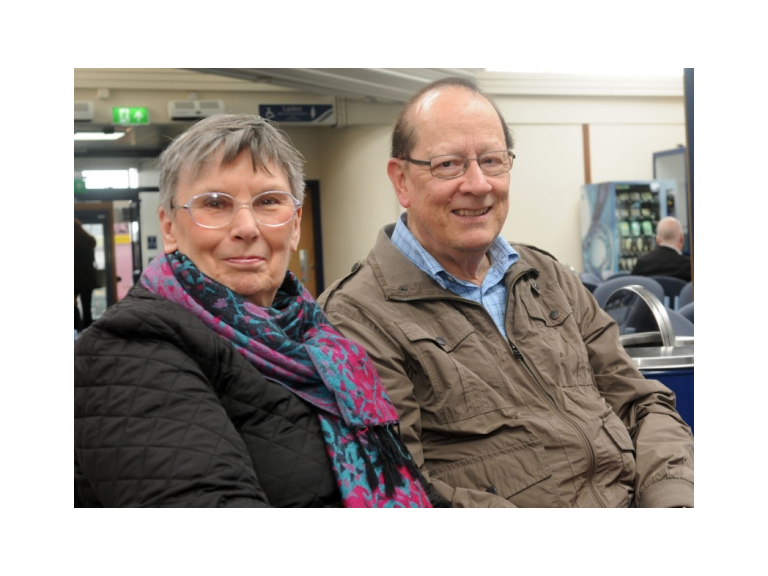 The historic Liverpool landing stage could be moved half a mile north from its current Pier Head location.

A proposed new site for Manx ferries has been earmarked at Waterloo Dock almost half a mile away from Pier head. The cost of the move is estimated at around £15m.

iomtoday reporter Nikki Allan visited the Sea Terminal to find out people’s views on the proposals and how it will affect them.

‘I think if the Steam Packet are going to continue to operate a fast-craft to and from Liverpool they need to move it even further north so that you get rid of the long slow drag up the river that you have to put up with at the start and end of each journey at the moment.

‘If they only move it as far as they’re talking about at the moment it isn’t really going to make a great deal of difference, somewhere up Crosby way would be better.

‘I’ve looked at maps of the area of Crosby and there’s a motorway link not very far away and, of course, you’re on one of the Merseyrail lines so I would have thought most people would still be able to access the ferry fairly easily. The big advantage would be that you would reduce the crossing time.’

‘This is my first time using the Liverpool crossing, coming [to the Isle of Man] I went from Heysham. We’ve got some work here and because we’ve got quite a lot of equipment we’ve driven over. There’ll certainly be some more visits in the future so if they moved the location I don’t think it would be a massive inconvenience for our engineers because they’ll be driving.

‘I can fully appreciate though that if the location is moved quite a bit further then people from the Isle of Man may have to travel further and it might not be the service they want and they would have to find transportation to Liverpool which is not ideal.’

HUGH AND MARJORIE SOLOMON, 68 AND 73, BALLABEG:

Hugh said: ‘We are obviously a bit worried about being able to get into the centre of Liverpool, if they don’t have a taxi service at the new location then how are you going to get into Liverpool? It will definitely affect us. We will be travelling a lot more in the future as well because out daughter lives there now.

‘The biggest problem is getting to the centre of Liverpool, if they put a bus or taxi service on then that would be fantastic. They need to clarify at an early stage what they are going to do, they haven’t told us anything so we’re in the dark a little bit.’

Marjorie said: ‘The problem is we don’t know what the facilities will be like, will the boat be moored offshore? We don’t really know anything about it. We need to know more so then we can make provision for what’s ahead.’

‘The times of the Liverpool boats tend not to fit in when I want to go away generally. We aim for daytime ones with having little kids because it’s just easier and I’ve got relatives in Lancaster so Heysham is easier if we go to visit. Moving [the Liverpool landing station] could possibly be more convenient for us depending on what the times would be and whereabouts they moved it to. It wouldn’t deter me from using the boat if it was going somewhere different.

‘I’ve got small children and we go away as a family and we always take a car so it doesn’t really matter where we land in England.’

‘I rely on the boats quite a bit especially when the air travel’s not so great. If I have my car with me I tend to go to Liverpool. I’m concerned about how far it’s going to be to walk to Liverpool Lime Street station. I’m OK with it moving about half a mile but I’m not sure my mother would be.

‘The train times outside Liverpool can be quite tight to get to without waiting for an hour so I think I’d have to factor in an extra hour into my travel in order in get to Manchester if they moved it.

‘I guess they could do two things if they move it: a good taxi rank, if it’s going to be well attended because sometimes in Liverpool it’s not always well attended, or making sure there’s a shuttle option or bus routes explaining clearly where to go because you can be little bit unsure of where to go when you get to Liverpool if you’re not familiar with it.’

‘It’ll be a longer walk especially for elderly people and it’ll be a bit out the way, where it is now is ideal for the station and for getting the ferry across to Birkenhead as well. I think it should stay where it is, it’s been there for an awful long time. It’s tradition, I don’t think it should be moved at all I really don’t.

‘We’ve just moved to live over near so the condition was that I would be able to go backwards and forwards for the football. If they moved the Liverpool landing dock it would affect me and it would affect a lot of people as well because you’ve only got to look at when they stopped the Liverpool ferry years ago and tourism went.

‘The Liverpool ship is also better than the Ben-my-Chree which is very old and not very reliable. Surely the Steam Packet would have a mini-bus [at the new location] for people if they couldn’t manage the walk or a taxi rank maybe.

‘I would hate to see Liverpool go completely because Heysham is a nightmare. Heysham is in the middle of nowhere, it’s very hard to get to by train and by bus. It’s a long walk from a bus stop which about a mile away and you’ve got to walk with all your luggage.’